Midnight News: 3 dead at Tema Community 7 after a driver hit a deadly pothole 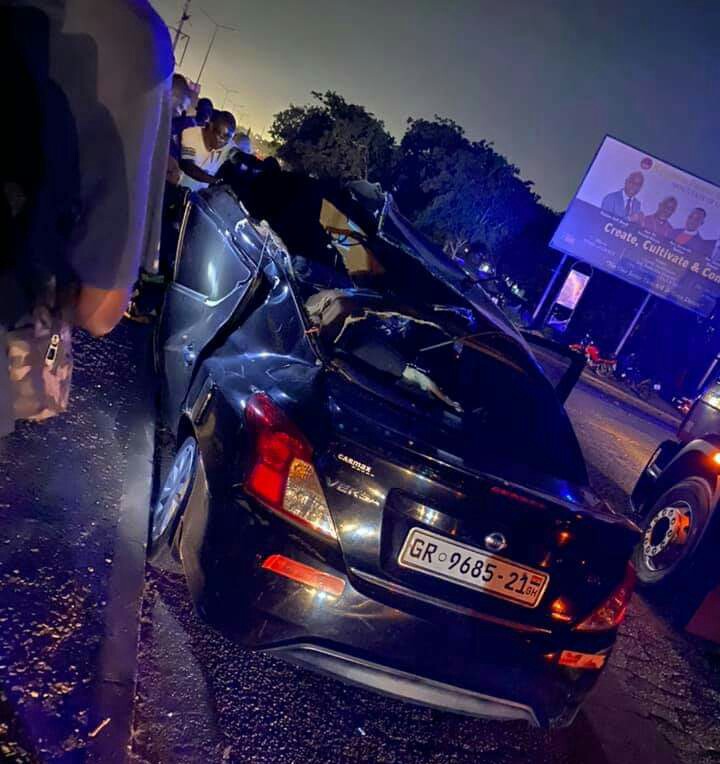 Three people have been confirmed dead this early morning on the Tema Community 7 Highway. The driver, front-seat passenger and the passenger directly behind the driver were all confirmed dead on the spot when first responders rushed to the scene of the accident to rescue them. Only one lady who was sitting behind the front seat passenger was able to survive the deadly crash this morning at around 12:30 am. The survived victim has been rushed to the Tema General Hospital on the Ashiaman road for emergency assistance. The surviving victim was still alive at the time of this post.

What caused the accident?

The Nissan Versa sedan with registration number GR - 9685 - 21 was coming from Accra heading towards Tema community 7 when the driver had a failed break which made him lose total control of the vehicle which was moving at a tough speed. A Toyota corral driver Alexander Oteng who was following the accident car on the motorway from Accra to Tema insisted that, if the driver of the Nissan Versa had been speed wise, the accident would have been prevented.

Alexander Oteng with no in skill training on road regulation and technicalities blamed the accident on the road as well as the driver. The motorway road which connects the trasaco spring area to community 7 has developed a lot of potholes in the middle of the road which makes driving extremely difficult when using the road and can cause life loss if one is not careful. 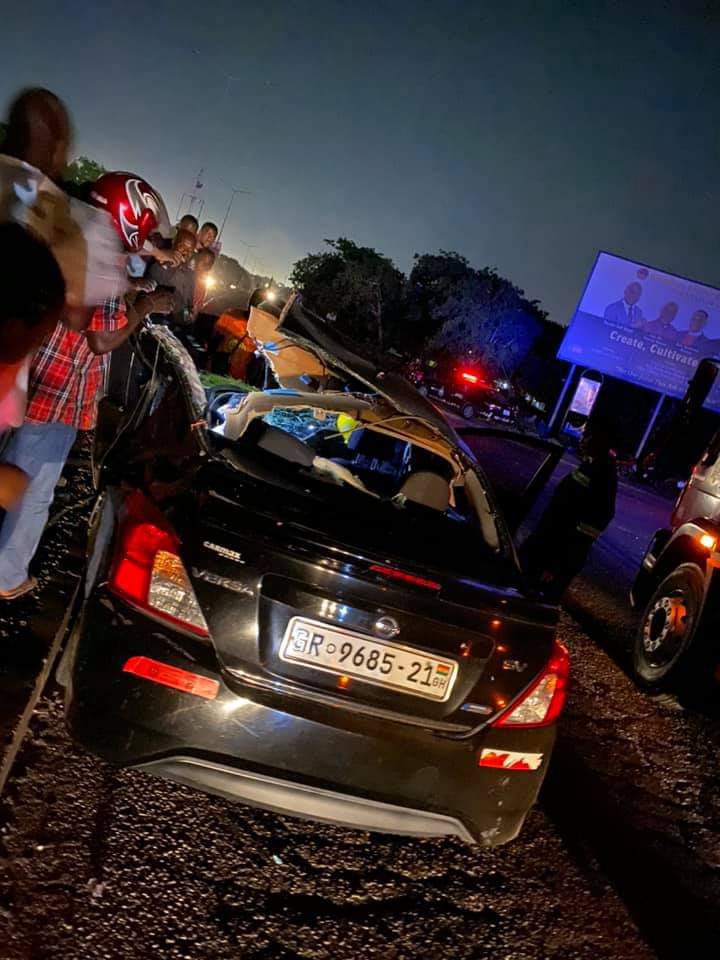 The driver of the Nissan Versa might have lost control of himself been on the community 7 road which is filled with potholes and kept going at tough speed. The driver from the narratives of Alexander Oteng, gave a picture of the accident driver going above 90km/h on the 100km/h motorway.

The driver lost control of his breaks when Alexander who was a few minutes away from him saw the car moving from side to side, touching the base ends of the road making it difficult for the driver to hold the car steady. The car somersaulted three times before coming to a total stop.

The driver never survived it and died on the spot as the car continue somersaulting three consecutive times. The driver was without seat protection and that made him fell off the car and crashed the road. The front passenger seat victim had her legs on the front seat dashboard and that made her loose balance and lead to her life. 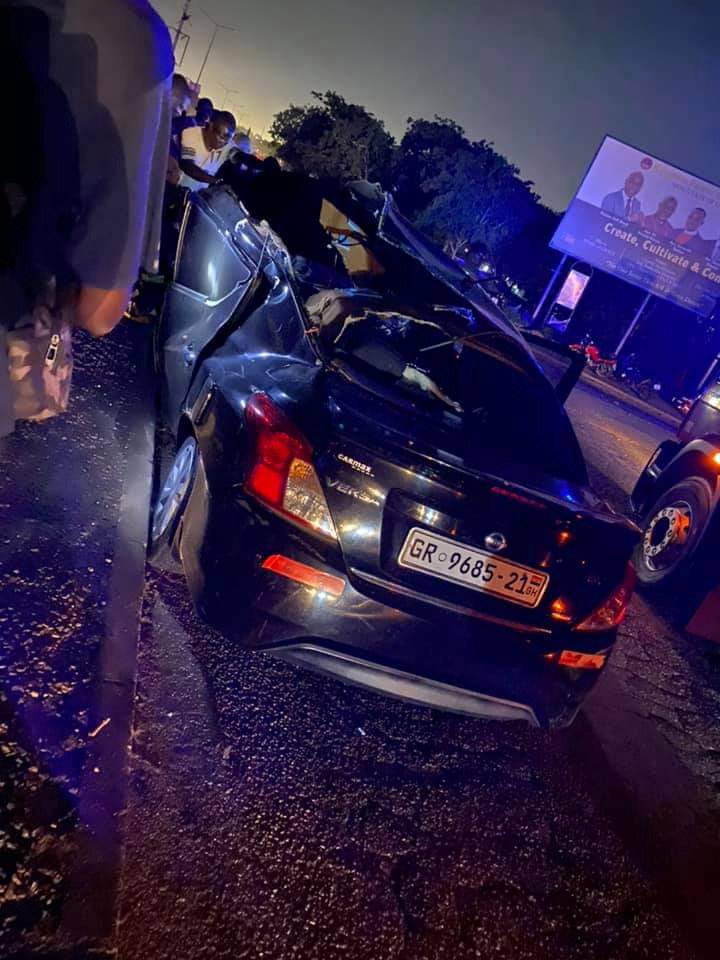 She was pushed from her seat to the lower deck of the front seat legs holding area. She died on spot also. But the passenger who was behind the driver was still breathing when first responders like Alexander got to the scene to save them. The woman was breathing fine but died after they pulled her out of the car. The only surviving victim is an old woman who was still well when she was taken to the hospital. There were four people in the car, the make driver and other three female passengers.