This Is What Killed Abu Kamara, Government And Ghanaians Must Act Fast, To Avoid More Death.

The sudden death of the parliamentary candidate , of the rulling national patriotic party, for the Yape-kusawgu constituency, Abu Kamara comes as a schock to Ghanaians, as many doesn't expect his death so soon. Considering what killed killed him, government and Ghanaians must act fast to avoid more deaths. 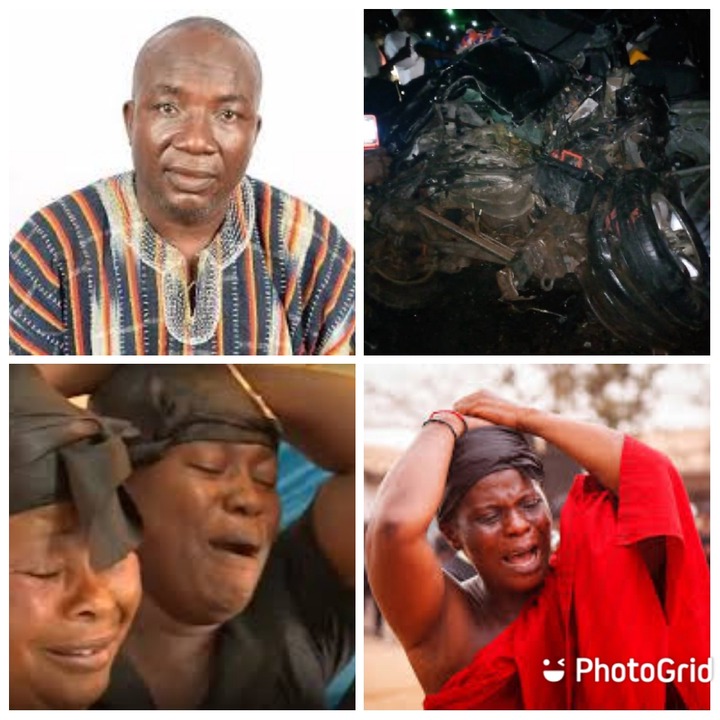 The Npp Parliamentary candidate, for Yape-kusawgu constituency, in the Savannah region of Ghana, meet his untimely death on yesterday evening.

Sources has it that, he attended a funeral of the mother of the past Npp parliamentary candidate for the constituency, known as Zakaria Yakubu, when he meet his untimely death. The incident happened at Datoyili a suberb of Tamale the northern regional capital.

He died alongside two other occupants of his car, and this is exactly what killed him.

He was a very strong man, going round with his normal duties and campaign until a ghastly accident send him to his early grave.

In order to avoid more accidents, government must make sure the neccessary preventive measures are strictly enforced . measures like:

The above measures should be strictly enforced by government, if indeed we want to avoid more accident deaths in the country.

The Role Of Ghanaians And The General Public.

The general public also have a very vital role to play, in ensuring that the country got rid of accident related deaths.

The fight is a collective responsibility, government can't fight it alone. As such, the general public must play the the following roles.

Ghanaians or the general public, shouldn't make the work of the law enforcing agents difficult, by deliberately breaking the laws.

Everyone must see the fight as a civic responsibility.

Ghanaians must report law breakers to the neccessary agents.

Trust me if we act accordingly, the number of accident deaths will reduce to the barest minimum.

Content created and supplied by: MYawuza (via Opera News )

Abu Kamara Ghana Ghanaians Npp Savannah
Opera News is a free to use platform and the views and opinions expressed herein are solely those of the author and do not represent, reflect or express the views of Opera News. Any/all written content and images displayed are provided by the blogger/author, appear herein as submitted by the blogger/author and are unedited by Opera News. Opera News does not consent to nor does it condone the posting of any content that violates the rights (including the copyrights) of any third party, nor content that may malign, inter alia, any religion, ethnic group, organization, gender, company, or individual. Opera News furthermore does not condone the use of our platform for the purposes encouraging/endorsing hate speech, violation of human rights and/or utterances of a defamatory nature. If the content contained herein violates any of your rights, including those of copyright, and/or violates any the above mentioned factors, you are requested to immediately notify us using via the following email address operanews-external(at)opera.com and/or report the article using the available reporting functionality built into our Platform