Apples are easily one of the world’s most ubiquitous fruits. Apples are generally red, green, yellow or a combination of the three, but if the right geographical conditions are met, they can apparently grow dark purple, almost black, as well. 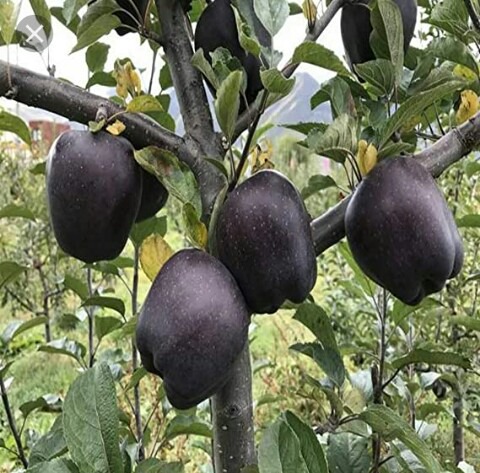 These rare apples are called Black Diamond and they are currently only grown in the mountains of Tibet.

The Black Diamond Apple is a rare breed from the family of Hua Nia apples that is cultivated in the Tibetan region of Nyingchi. Despite what the name suggests, the apple rather is a purple hue, with white pulp on the inside. Its unique color is due to the region's high altitude. 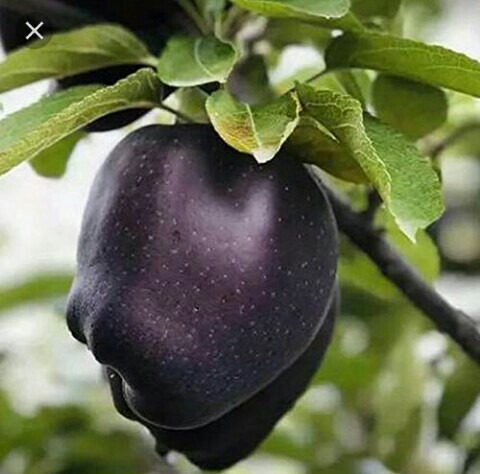 The temperature fluctuates wildly between day and night, with the apples being exposed to a lot of ultraviolet light, which is conducive to the dark skin.

Belonging to the high-end segment of the market, the average Black Diamond Apple costs about 50 yuan. Many farmers are reluctant to grow the fruit, since its maturity process can take up to eight years.

Black Diamond apples are purple, gleaming, and have a nice texture. From the outside, the apples almost look like candle wax, and are as beautiful as a diamond.

The unique varietal is unlike any other apple. They gleam with a purple iridescence and thick natural wax that have earned the fruit its “diamond” nickname. 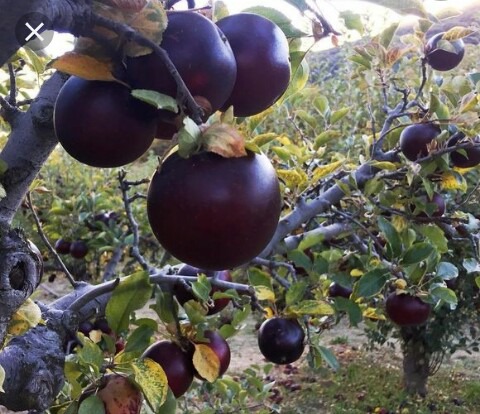 Its appearance isn’t the apple’s only defining feature.

Fans of fruit say the Black Diamond, also known as the “scorpion fruit,” is sweeter and crisper than your standard varietal.

They have higher levels of natural glucose.

The excess organic sugars in the apple make it naturally sweet, and its thick skin gives it a unique richness.

They can only be grown in very particular conditions.

So far the Black Diamond has only be known to grow in a region around 3,100 meters above sea level in Nyingchi, Tibet. 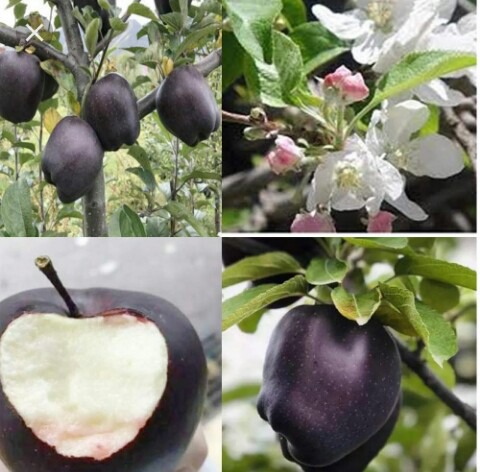 That elevation sees a drastic range in temperatures.

Nyingchi days see warm temps and tons of sunlight that enable seed growth. At night the region can reach temperature below-freezing, which means the apples must adapt to survive.

The extremes create the perfect environment for Black Diamond apples to shine.

In addition to its temperature range, Nyingchi also gets a lot of ultraviolet light that creates the apple’s dark outer color.

These harsh conditions are nearly impossible to replicate.

The apples aren’t cultivated with special fertilizers or chemicals. It’s all about the location, which means harvest is limited.

They take a toll on farmers. The steep Tibetan mountains that Black Diamonds thrive on aren’t easy to traverse for those tasked with tending the crops.

They really take their time growing:

The rough circumstances that make Black Diamonds possible are also what restricts their proliferation. Typical apple trees take about 2-3 years to fully mature, while the scorpion can take up to 8.

Plus, they’ve got a really narrow harvest season.

The apples are usually put on the market near the end of October and are only sold for around two months. 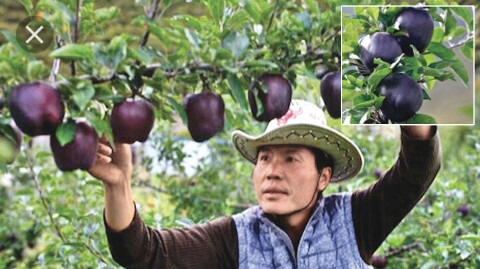 A majority of the harvest never even sees the market.

Black Diamonds must pass a strict quality control test, and only about 30 percent of the apples are deemed worthy for sale.

So, they can really only be produced in Tibet.

Black Diamond #Apples – The rare, dark fruits you’ve probably never heard of currently only grown in the mountains of Tibet.