Check Out The Fastest Cars Of 2021

By AddoMario (self meida writer) | 5 days

The automobile has fascinated man since its very beginning and if the majority of people see it as a simple means of transport, others have a passion for speed, a thirst that it seems impossible to quench since the cars of are faster and faster every year.

Today, the majority of consumer cars are capable of exceeding 200 km/h and there is talk of more than 300 km/h for sports cars. Speed is therefore a notion that is taken for granted when it comes to the automobile, but before presenting today's Top 10, I suggest you take a look at the history of automobile speed.

Let's start with the neighbor question ; do you know that it was the first production car to cross the 100 km/h milestone ? In fact, we can go back to the very beginning of automotive history have the Benz-Patent Motorcar 1885 which displayed a top speed of 16 km/h and believe me, going faster on such a machine should have been terrifying.

In short, to return to the original question, it was THE Never Happy, which was the first car to reach the 100 km/h mark, and this, in 1899. And the most impressive thing about it is that it's an electric car, you know this form of propulsion that car manufacturers are just starting to explore for about twenty years. 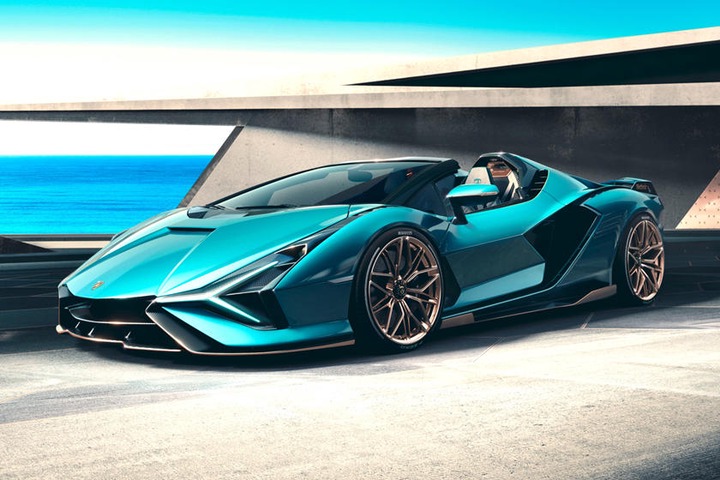 Since the Lamborghini Aventador is officially no longer on the menu in 2021, it is the turn of the Sian Roadster to take its place. However, unlike the Aventador, the production of the Sian is particularly limited with only 63 copies for the Coupe version and 19 for the Roadster version. 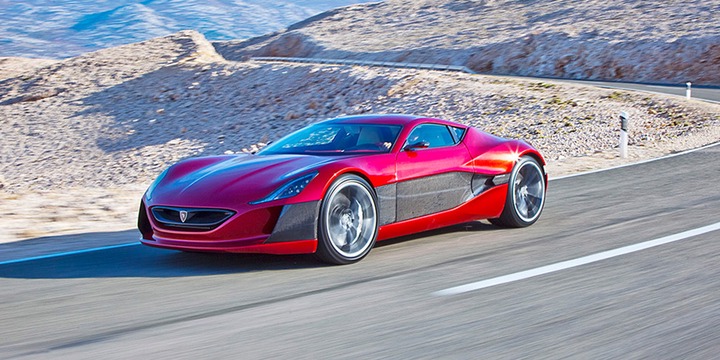 The Rimac Concept 1 is a particularly impressive 100% electric car. It is famous for its performances, but also because the famous automotive journalist Richard Hammond had a serious accident aboard a Concept 1 prototype a few years ago. 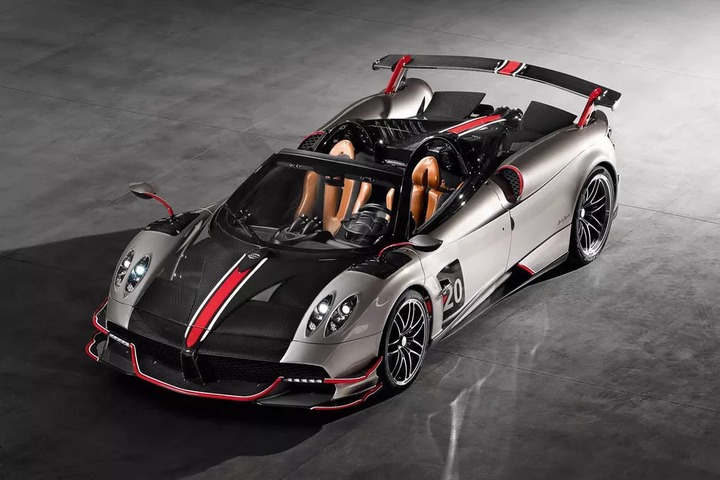 Some cars can literally be called a work of art and this is the case of the Pagani Huayra BC Roadster, but unlike a Van Gogh, the sporty from the Italian manufacturer can spin at more than 379 kilometers per hour. 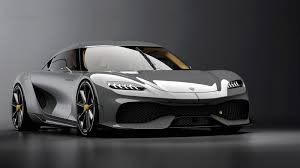 I never thought I'd see a sedan in this Top 10 one day, but that's the case with the 2021 Koenigsegg Gemera. True, the latter has nothing to do with the Honda Accord or Toyota Camry, but it is nevertheless versatile and very fast since it is able to break the 400 km/h mark. The McLaren Speedtail is part of the special program that McLaren calls its ultimate series joining legendary models like the Senna, Elva, P1 and legendary F1. 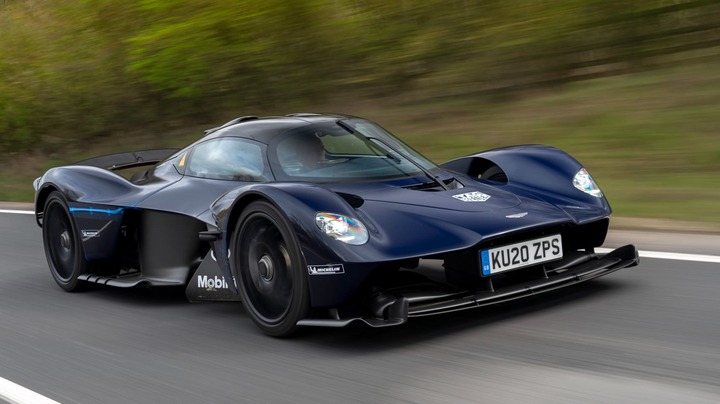 With such an appellation, a 6.5-litre V12 engine and a spaceship-like look, the Aston Martin Valkyrie must be among the fastest cars in the world and fortunately for the British car manufacturer, this is the case with a top speed of 402 km/h. 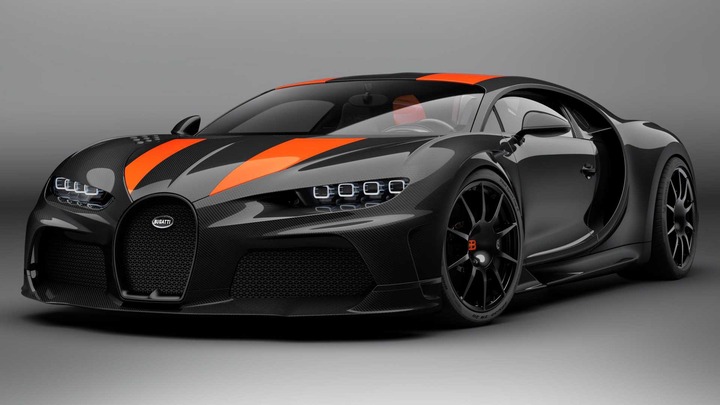 Nothing changes in terms of speed for the Bugatti Chiron Super Sport this year apart from its position in the standings, as it turns out that not one, but 3 cars surpassed it this year. However, the Chiron is still legendary and we are still far from the end of the production of the model, which means that it still has a chance to climb up the rankings before taking its bow. Hennessey is already known for the Venom GT and its many ambitious projects such as adding a third axle to large American trucks and increasing their power. In short, we could call John Hennessey as the mad scientist of the automobile and to honor his reputation, the American entrepreneur recently unveiled his latest car, the Venom F5, a car capable of waiting for the hallucinating speed of 498 km/h and the best in all that, is that this car is only in the 3rd position of this Top 10. 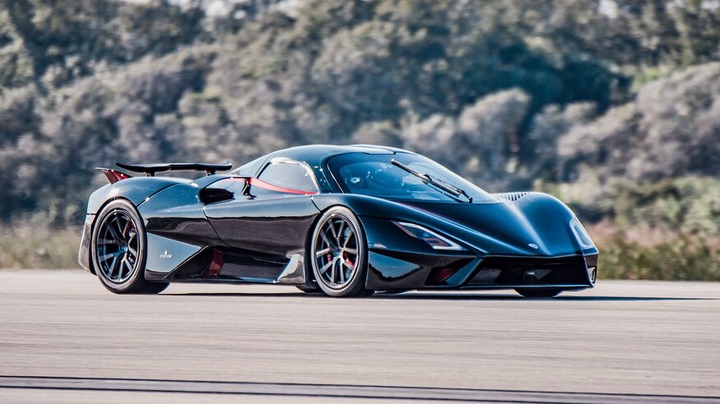 After being abandoned, SSC Ultimate Aero resumed service in 2018 thanks to the legendary Jerod Shelby who, ironically, has no relation to Carroll Shelby. Anyway, this surname seems to get people to do a big thing since Jerod launched the Tuatara in 2020 and the latter is able to reach a top speed of 508 kilometers per hour. To achieve such a performance, the sports car of the American manufacturer is powered by a 5.9-liter V8 biturbo that displays a power of more than 1,350 horsepower. 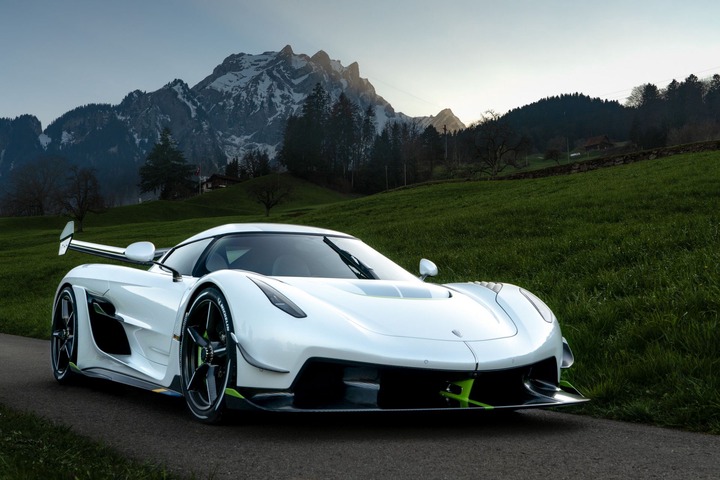 It was during the 2019 Geneva Motor Show that Christian Von Koenisegg unveiled the Jesko, a project that is particularly close to his heart since he named it in honor of his father Jesko Koenisegg, a secret well kept until the unveiling, which allowed us to witness one of the most emotional moments in the modern history of the automobile. In short, according to the brand, the Koenigsegg Jesko is able to reach a speed of more than 531 km/h, which has not yet been officially proven, but the same goes for the 508 km/h of the Tuatara. Nevertheless, Koenigsegg knows what he is talking about when it comes to speed since he still holds several records today.

Content created and supplied by: AddoMario (via Opera News )