By Intersting-Info (self meida writer) | 19 days

In today's world,a lot of people drive nice cars in the world but they the don't know them first person to drive a car in the world

The first person to drive a car in world 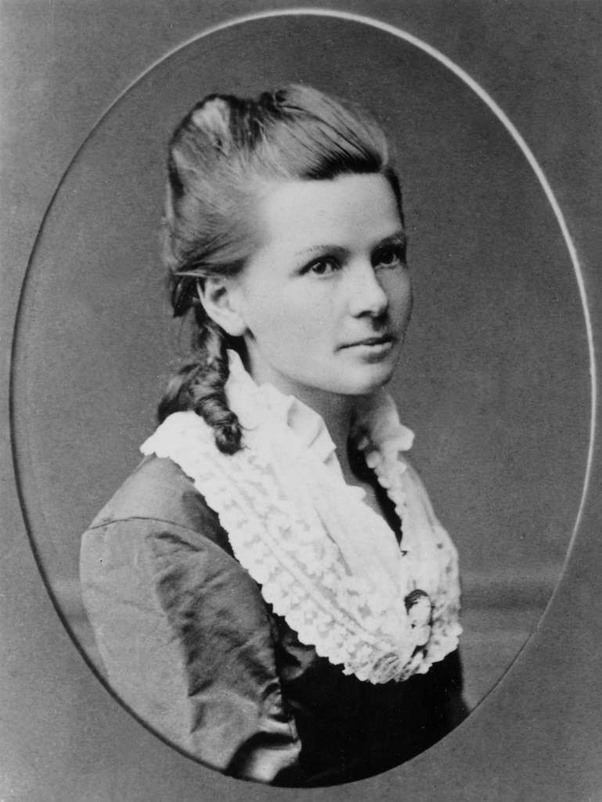 was a German automotive pioneer and inventor. She was the business partner and wife of car manufacturer and inventor Karl Benz. On 5 August 1888, she was the first person to drive a car over a long distance, field testing the patent Motorwagen, inventing brake lining and solving several practical issues during the journey of 65 miles (105 km).in doing so, she brought the Benz Patent-Motorwagen worldwide attention and got the company its first sales. She had a lot of knowledge about cars so her husband Karl Benz gave her the chance to test the first car he manufactured.

Cäcilie Bertha Ringer was born on 3 May 1849 to a wealthy family in Pforzheimin the Grand Duchy of Baden.

Two years before her marriage to Karl Benz, she used part of her dowry to invest in his failing iron construction company.As a spinster , she was able to do so; after she married Benz, according to German law, Bertha lost her legal power to act as an investor. On 20 July 1872, Bertha Ringer married Karl Benz. As he moved on to a new manufacturing venture, Benz & Cie, he continued to use her dowry as financial support.

Karl finished work on his first horseless carriage in December 1885. Bertha served as a field tester, contributing to the design of the Motorwagen by adding wire insulation and inventing leather brake pads to supplement the wooden brakes when they failed. Moreover, she identified several key areas of opportunities – such as the fuel line design – that Karl later improved. In addition to her contributions to the machine’s design, Bertha helped finance the development of the Motorwagen. She would hold patent rights under modern law, but as a married woman, she was not allowed to be named as an inventor on the patent at that time.

Together they had five children: Eugen , Richard , Clara , Thilde , and Ellen . When her husband was two years old, her father-in-law Johann Benz died of pneumonia.

This is the picture of her driving 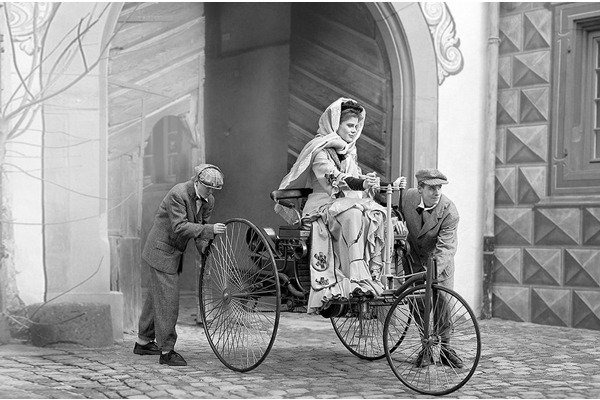