From an Aston Martin DB4 left alone for 45 years in the woods to 300 luxury vehicles hidden in a garage. Here are abandoned luxury cars at the mercy of dust. 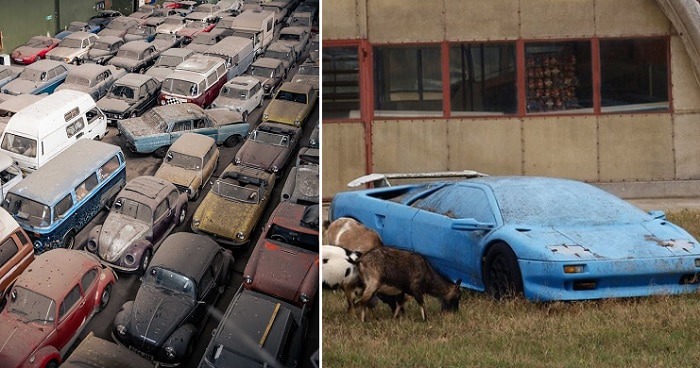 Urban exploration enthusiasts, or Urbex for insiders, often unearth famous treasures during their urban wanderings. But nothing in the world could match the incredible discovery made by this small group of friends in France, more precisely in the north of the town of Angers. While this band of happy fellows were exploring the surroundings in search of some original finds, their gaze fell on an object that seemed to glow in the surrounding darkness. As they made their way through brambles and lush vegetation, the group of urban explorers couldn't believe their eyes! Because under the foliage and the dense branches, they found one of the most popular classic cars in the world, and certainly one of the most expensive too!

This is a Clénet series 3, a car with a retro style and clean lines, which was all the rage in the United States in the 1970s and 1980s. The Clenet Coachworks Inc brand was created in Santa Barbara, California, by a French mechanic enthusiast. The latter had succeeded in the daring bet of combining modern technology with a neoclassical style of bodywork. They produced this specific model in 65 numbered copies. Which makes it an extremely rare car on the collector's market. They sold some models, like series 1 and 2, for more than 150 thousand US dollars! The Clénet 3 could therefore be much more expensive, due to its rarity!

Luxury cars abandoned in a garage or in a parking lot, and eaten by dust and cobwebs, do not necessarily run the streets. But what would you do if you stumbled upon a veritable Ali Baba's cave, filled to the brim with cars, each more luxurious than the next? You might think that stuff like this never happens in real life, and that such a spooky discovery can only exist in a movie or a novel, right? You would be wrong, however, because on this sequence, no less than 300 prestigious cars have been found crumbling under dust for more than 30 years! The discovery made by Larry Kosilla, the happy boss of a mechanics and customization garage, has unearthed some real little gems of the luxury automobile industry. Dozens of Ferraris, Lamborghinis and Porsches have been discovered, but also some extremely rare and expensive models , such as this Bizzarrini P538, a roadster from the 1960s and worth a million euros net. 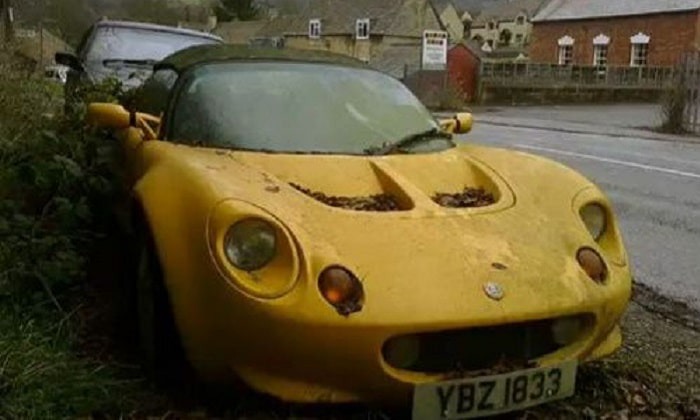 While Aston Martin and Jaguar are the best known and most iconic sports cars in the UK, there are also other brands well worth checking out. The Lotus Elise, for example, represents the very quintessence of English teams, combining unparalleled sporting performance with an elegant and so British design. This race car was the first car in the world to use an epoxy bonded and baked aluminum chassis, weighing only 65 kg, giving it incredible lightness and improved performance at speed.

This featherweight car nevertheless has a rather hefty price, since you still have to pay more than 76 thousand euros to get behind the wheel. The lotus Elise is therefore a car that we do not see every day on our roads. And even less abandoned on a parking lot strewn with dead leaves and rubbish.However, this photo taken in a rather quiet area, shows us a very beautiful specimen of Lotus in mustard yellow, which seems to have been abandoned for quite a while now. But rest assured, because this cute little motorized Pikachu will only need a good shower and a drain to hit the road again. 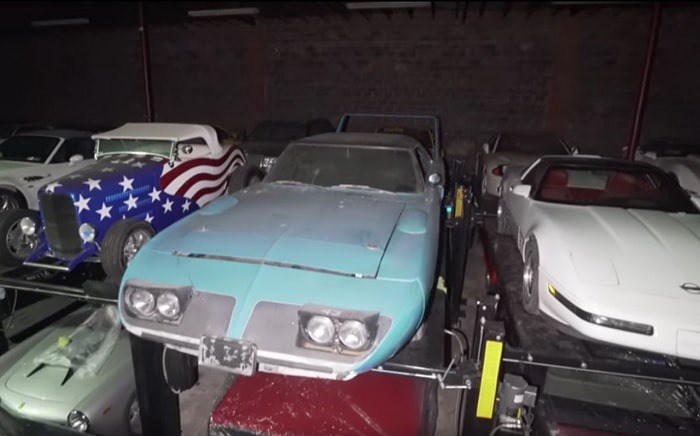