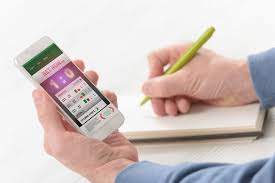 As we have entered this weekend, let's start with these six(6) games.

Reason: The away team has won five(5) games and lost two(2) in their eight (8) league games, scoring 15 goals. The home team on the other hand is not a big deal but putting both teams head to head into an account, over 2.5 goals and both teams scoring are imminent.

Tip: Both team scores and over

So both teams trying to win each other is possible

Reason: The away team has scored fourteen(14) goals and conceding five(5) in their last five(5) games whilst the home team has scored six(6) goals this season. So away scoring more is sure to come.

Tip: Both team scores and over

Reason: Both teams are solid this season as both have won four(4) games scoring 12 and 13 goals respectively. So both teams scoring each other is bound to happen.

Reason: The away team has been tough in five(5) games this season as they have won three(3) games and drew two(2). And the home team on the other hand has scored four(4) goals in five(5) matches winning twice(2) and have lost two(2).

So away team have a winning mentality and will into this game with it.

Tip: Away wins or scores 1.5 goals

Reason: The away team has shown consistency in all seven(7) of their meetings of which they won all. So winning here is very imminent.

Other Options:- Both Teams Scores And Over 2.5 Goals