Here are the last game of the UEFA Champions League in 2021 with solid tips to grace you something this December.

Manchester City and PSG are through to the next stage leaving RB Leipzig and Club Brugge battling for a spot in Europa League.

Both clubs Leipzig and Brugge have 4 points each. And with Leipzig facing Manchester City at home, they will try to earn a point just like Club Brugge ahead of the PSG game.

Leipzig vs Manchester City - Both teams score & over 2.5 goals

Liverpool are already through to the next round leaving Porto, AC Milan, and Atletico Madrid to battle each other out for a spot in the competition.

FC Porto vs Atletico Madrid - Both teams score & over

AC Milan vs Liverpool - Both teams score & over

Besiktas and Dortmund are out of the competition leaving Ajax and Sporting through to the next round.

However, Dortmund still have a chance If only they score 6 goals or more against Besiktas and hope for Sporting to concede more goals against Ajax.

Ajax vs Sporting - Both teams score & over

Dortmund vs Besiktas - Dortmund win by 3+ goals/ over 2.5 goals

Shakhtar Donetsk are out of the competition, leaving Real Madrid, Inter Milan for the next round, and Sheriff Tiraspol to the Europa League.

However, Madrid is set to battle Inter Milan for the top spot given that they are 2 points ahead of them and with Benzema missing out they may have a difficult moment.

Real Madrid vs Inter Milan - Both teams score & over

Shakhtar Donetsk vs Sheriff Tiraspol - Both teams score & over

The two "B's", Barcelona and Benfica are on the verge of qualifying for the next round. And with Barcelona facing Bayern Munich, Benfica might have a nod over Barcelona given the history between these two teams.

Atalanta, Villarreal, and Young Boys battle out for a spot alongside Manchester United for the next round.

And given United loss against Young Boys, they will try to make it right here leaving Atalanta, and Villarreal the favorite to book a spot to the next round.

Atalanta vs Villarreal - Atalanta win & over 1.5 goals/ both teams score & over

This group is the most competitive group among all the groups given that all 4 teams have a chance to qualify for the next round.

Salzburg looks like the favorite against Sevilla at home given their home performance. Wolfsburg on the other welcomes Lille at home and given these two teams' recent performances, Lille have the upper hand here.

Salzburg vs Sevilla - Salzburg score over 1.5 goals/ both teams score & over 2.5 goals

In group H, we have Chelsea and Juventus through to the next round leaving Zenit to Europa and Malmo out of the competition.

And as the top spot is concerned Chelsea and Juventus are eyeing for it with a win in this final round.

Juventus vs Malmo - Juventus win by 2-3 goals intervals/ over 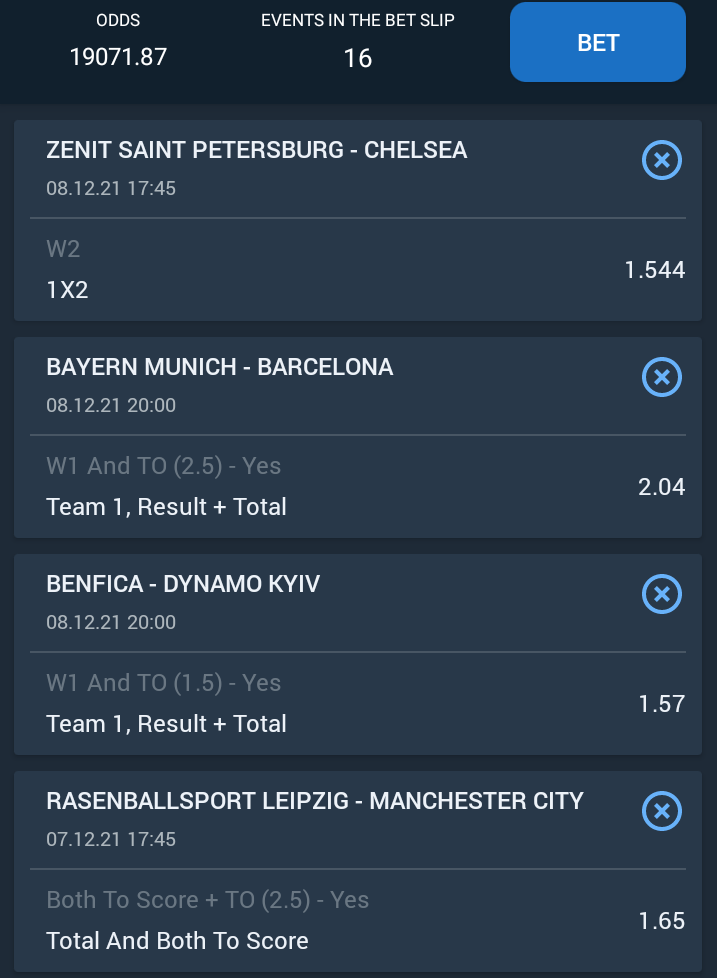