Leicester and Manchester City will raise the curtain on Matchday No 14 in the Premier League on Saturday afternoon with the fixture at King Power Stadium.

This will be a serious test for the defending champions although the bookies consider them heavy favorites on the occasion.

The Citizens have actually won only two of five league games on the road this term. They did not shine in the mid-week’s UEFA Champions League affair either, playing only a goalless draw against Borussia Dortmund away on German soil.

Erling Haaland and Joao Cancelo had problems with flu this week, while the Norwegian superstar forward also got a knock on Tuesday against his former team Borussia Dortmund which is why he was subbed off at the half time by Pep Guardiola. 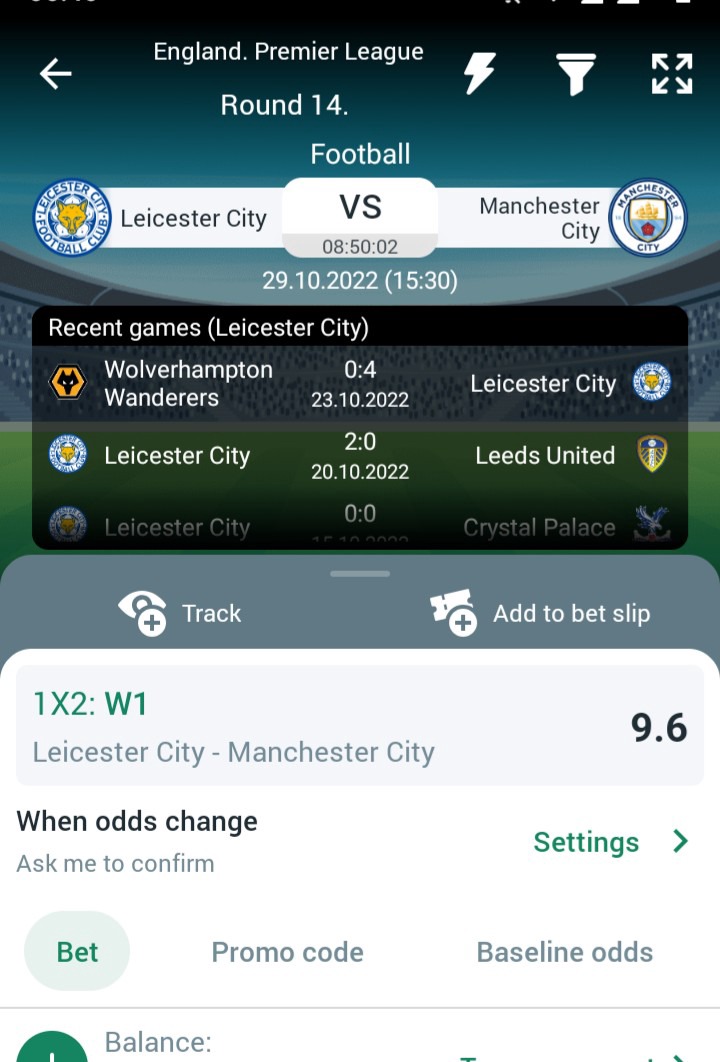 The Foxes got off to a horrendous start to the season but they managed two wins and a draw in the previous three league affairs to move away from the red zone in the standings.

Brendan Rodgers’ troops were particularly impressive last Sunday when they demolished Wolves 0-4 away at Molineux Stadium.

It was also the third consecutive clean sheet for Danny Ward as Leicester’s back line looks much more solid with Wout Faes at the center-back.

Leicester are 3.75 to avoid a defeat against the champions. We have to respect their splendid run of form with two wins and a draw and a goal difference of 6-0 in the previous three league games.