Both Chelsea and Leicester are previous champions of the English top flight but lately they have been unable to show any kind of dominance in the competition. Even in this new campaign they have delivered performances as if they are part of the bottom-tier of the league table.

Disregarding a narrow win in their opener the Blues have remained winless so far and in their latest fixture they were thoroughly beaten by Leeds as well. 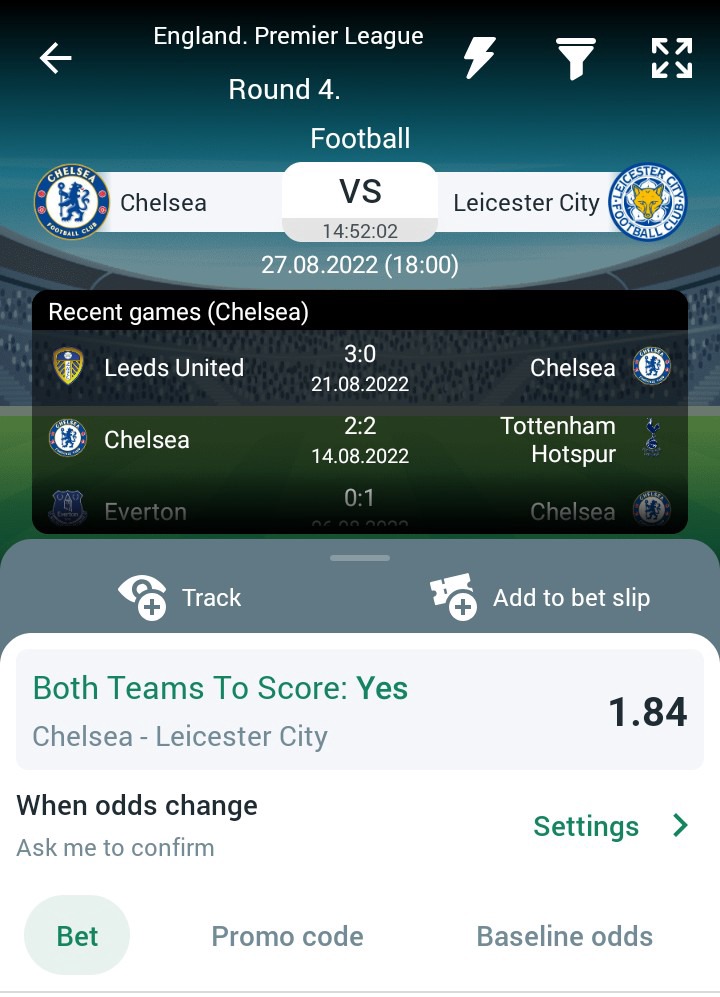 It goes without saying that they are desperate to make amends and will be eager to shut the mouth of their critics.

As such they will be looking for a huge win this weekend and they will in all likelihood target the struggling Foxes.

Meanwhile Leicester have easily been one of the worst teams in the English top flight this season. Not only are they completely winless but they have a 100 percentage losing record disregarding a single draw.

Do also note that they had let in the most number of goals of all the teams in the competition so far as well.

As things stand, they do not have anything to lose and they will likely play with a sense of urgency and desperation.

By the looks of things, it seems that this is a perfect recipe for a goal-fest. And it is our pick for the day as well.

The Blues are winless in their last 2 games and they had let in a total of 5 goals in the process.

On the other hand, the Foxes are on a 2-fixture losing streak and they had let in a total of 8 goals from their past 3 games combined. Do also note they were winless in 10 of their past 15 road trips.

Considering these observations, expect a high-scoring affair this Saturday between the 2 teams.

Tips for Chelsea vs Leicester