Nine(9) Wednesday Matches You Can Bet On With Best Tips

By HonEhEs (self meida writer) | 1 days 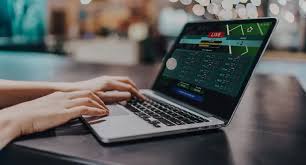 These are teams you can try your hands-on

Tip: Both teams to score or Under 1.5 or draw either half

Reason: Both sides are capable of canceling each other and any team can pull a surprise.

Tip: Both teams to score and over or Dortmund wins by 2-3 goals difference or

Reason: Dortmund are on high-scoring alert and two(2) goals in a match won't be bad for them. Besiktas on the other hand is having an excellent start to the season with their last five(5) games resulted in four(4) wins and a draw but facing Dortmund, a win is slight.

Key players this season with goals and assists: Besiktas - Batshuayi(2Gs), Dortmund - Haaland(8Gs, 2As).

Reason: Donetsk's last five(5) matches have resulted in three(3) wins and two draws. The home team also had a positive result in their five(5) last matches with four(4) win and a draw but the away team is better considering the leagues they are in.

Tip: PSG to win by 3-5 goals interval and is either half

Reason: PSG players this season can win almost every competition if they play as a team.

Reason: Leipzig this season can not torment a team like a season as they have lost three(3) of their last five(5) matches.

Tip: Atletico wins by 1-2 goals or both teams score

Reason: Considering the quality players Atletico have can make them victorious

Key players this season with goals and assists: Atletico - Suarez(1G), Porto - Diaz(2Gs, 1A)

Reason: Liverpool playing at home is either a win or draw or draw for them. Ac Milan is currently enjoying the start of this season with three(3) wins and is going into this game to win but Liverpool will be very hard for them.

Reason: Ajax is a motivated team with skilled players so it's a win or draws for them.

Key players this season with goals and assists: Sporting - Paulinho(1G, 1As), Ajax - Haller(4Gs, 1As)

Tip: Both teams to score or draw

Reason: Both teams are clinical upfront with dangerous strikers and any team can pull a surprise