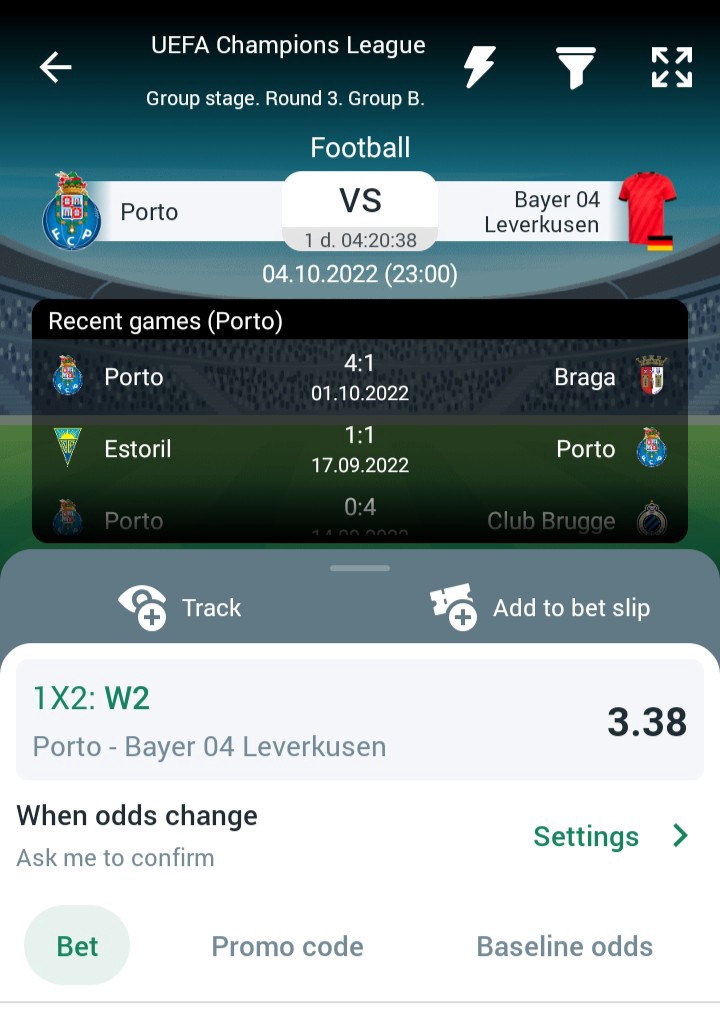 Leverkusen started their European campaign on a poor note, as they lost against toppers Club Brugge. But they did manage to make a comeback with a win against Atletico Madrid.

Porto have a 100% losing record so far in the CL, and let in the most number of goals in the group, as well as scored the least. In fact, they were able to find the back of the net just once so far in the competition.

And this would force them to take risks, and as has been the case so far for them, this would lead to them making even more mistakes.

Meanwhile, Leverkusen scored the most in the group, and conceded the least – with the obvious exception of toppers Club Brugge.

They are also high on confidence after their win against Spanish titans Atleti. They are finding the back of the net consistently lately, and most importantly they have a superb h2h record against this rival over the years.

For the reasons, expect a win for Bayer Leverkusen this Tuesday.

Porto were winless in four of their past seven overall fixtures, and in the process they also lost thrice. Note that they also conceded two or more goals in three of their preceding seven matches.

On the other hand, Leverkusen were unbeaten in three of their past four overall games, and the sole defeat during this stretch came against German champions Bayern Munich.

In addition, Leverkusen also have a dominant h2h record against this foe over the years, and for the reasons, expect a victory for them this Tuesday.