By Brownzy_Writer (self media writer) | 4 months ago

The only La Liga encounter on Thursday is between Getafe and Granada. Continue reading if you want to learn more about this game and get some free betting advice.

If you're not sure which bet to make for Getafe vs Granada, have a look at our best bets for this match:

Getafe and Granada will compete in a draw.

The last two head-to-head meetings between Getafe and Granada have ended in a draw, and the same might happen on Thursday.

After all, both clubs are in terrific form right now, and it's difficult to say who is closer to a victory. Granada may be doing better, but Getafe will host the match. As a result, a draw appears to be the most reasonable result for both teams.

Both Teams to Score – Yes, in three of the past five head-to-head games between Getafe and Granada, both teams have scored, and we expect the same to happen in their next match. 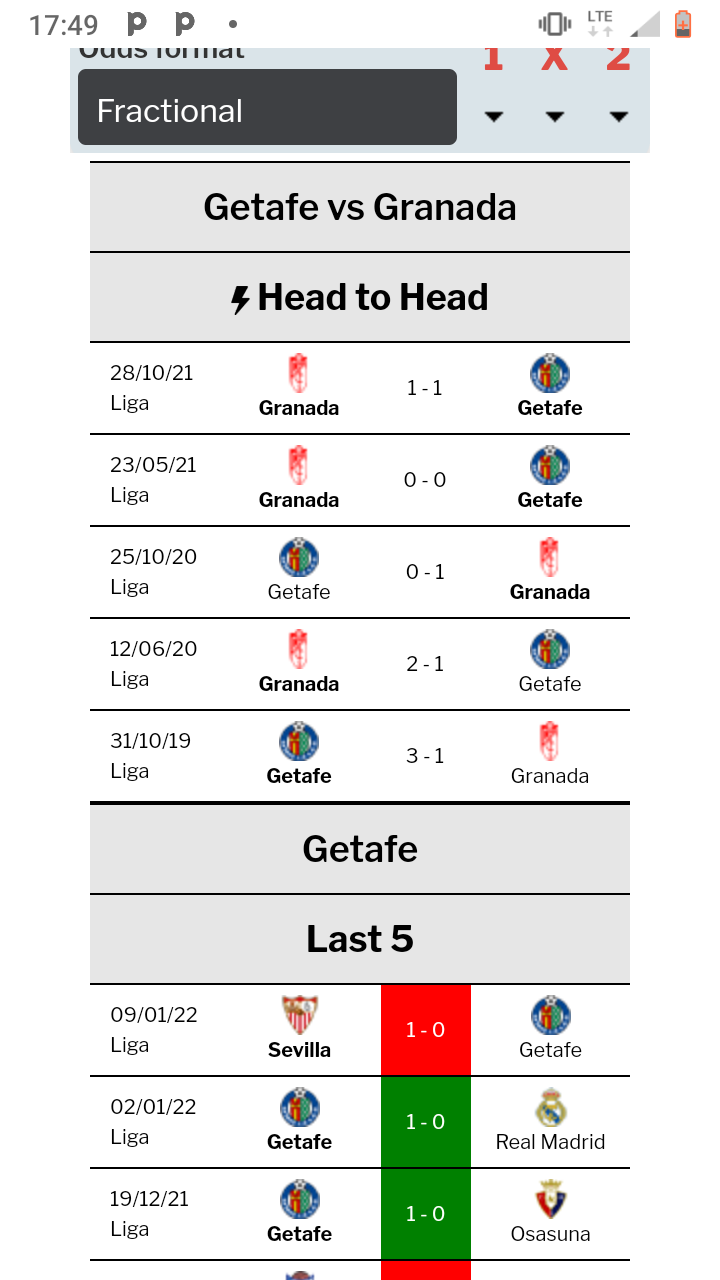 In addition, both sides have scored in 65 percent of Granada's La Liga matches this season. However, till today, this has only happened in 30% of Getafe's league matches. Nonetheless, we may expect both clubs to score in this encounter.