Real Madrid start the UEFA Super Cup tie against Eintracht Frankfurt as heavy favourites this Wednesday at the Helsinki Olympic Stadium in Finland.

The Royal Whites were simply a cut above the rest the last season in the whole of Europe and they finished their campaign with their 14th Champions League trophy.

However, they have not started their new season on a good note. In their season opener in the German top flight they were thoroughly beaten by Bayern Munich.

Moreover, they had finished just 11th in a table of 18 in the German top flight the last season, and all along they had managed to deliver just ten wins in total.

Meanwhile Real Madrid just went ahead and added some major reinforcements to their already strong midfield after winning their unprecedented 14th European crown.

They will be determined to start their campaign on a great note especially after seeing the preparations made by their arch-rivals Barcelona. 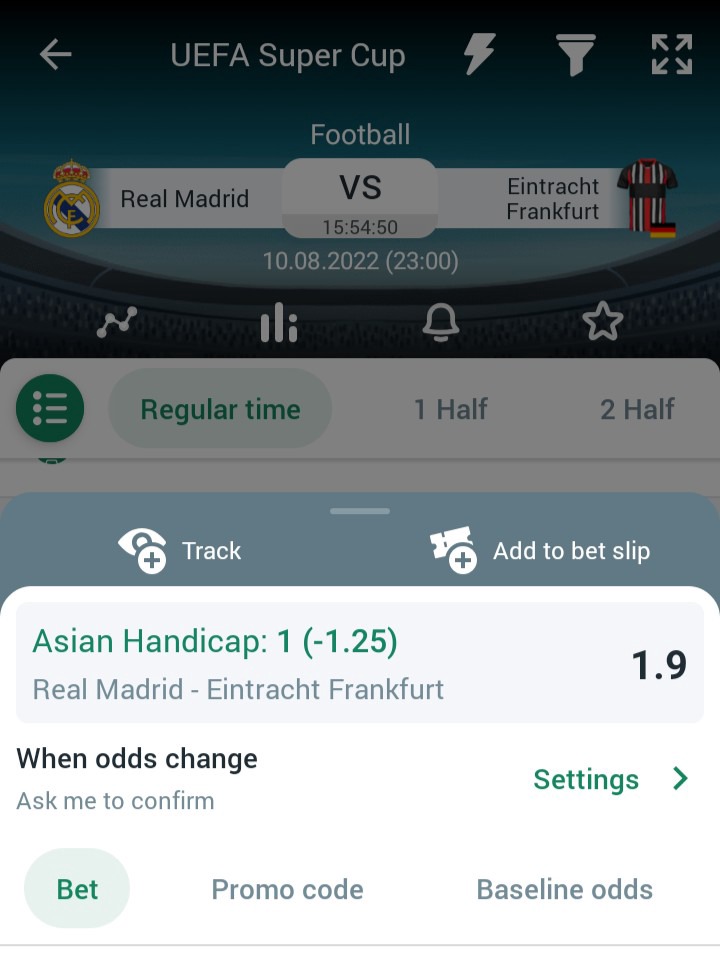 It is another major trophy to their cabinet and it will only strengthen the chances of Karim Benzema lifting the Ballon d’Or this coming October.

The Royal Whites have lost just against 4 teams in the past 5 months and these 4 squads were Barcelona, Manchester City, Atletico Madrid and Chelsea – some of the very best teams in the whole of the continent.

And one thing that definitely needs to be mentioned is their capability to come back from seemingly lost positions, which they showcased a lot of times in the previous season.

Meanwhile Frankfurt do not have anything to show for their previous year other than their triumph in the Europa League. They had a disappointing league season and they even have started their new campaign on a disastrous note.

It goes without saying that they are low on confidence and will be worried about taking on the most successful team in the history of the continent.

Expect a convincing victory for Real Madrid this Wednesday.