By HonEhEs (self media writer) | 16 days ago

Champions League round 2 is over and Uefa Europa League continues today. Here are a couple of selected games you can bet on and get a few coins out of.

Olympique Lyonnais vs Brondby IF

Stats: Both teams have never met before and Brondby looks very promising in his league but this is one of the toughest competitions so Lyon wins at home.

Real Sociedad vs As Monaco

Stats: Both teams have never met in this competition but they have met in a club-friendly which ended in 2-1 in favor of Sociedad. And this being a competition am guessing both teams will try to win so both teams score and probably over 2.5 goals.

Tip: Both teams scores and over 2.5 goals

Stats: Both teams look very promising in terms of goals though they have met before. PSV has a solid squad and the host can pull a surprise against the Netherlands so both team's scores and over is likely to happen.

Stats: Leicester played a draw with Napoli with each team scoring two(2) goals and Legia Warszawa won a goal to nil against Spartak Moscow on an away trip. Both teams haven't been consistent in their league but considering the league, they are in Leicester have the upper hand.

Tip: Leicester scores two(2) at away

Stats: Eintracht Frankfurt drew with Fenerbahce in their first game in this competition whilst the host lot to Olympiacos by two(2) goals to one(1) on away. Besides that, both teams have scored at least a goal in five(5) games so both teams to score is imminent.

Stats: FK Partizan is this hungry and motivated side who can score as many the opportunity comes just like Bayern Munich. They won their first game by two(2) goals to nil whilst the away lost by a goal.

Stats: Jose Mourinho team As Roma won their first game by five(5) goals to one(1) and will like to repeat in this game so am confident they will go in hard. The host, on the other hand, lost three(3) goals to one(1) on an away trip, and playing at home they will try not to repeat such defeat but Roma has the upper hand here.

Stats: Both teams have not met before and predicting who to win is a quite tricky idea. Galatasary won their first game of this competition and will like to extend such win here whilst the host drew. Besides that, both teams haven't been consistent in their various league but Lyon playing at home have some sort of edge.

Tip: Home wins either half

Stats: Both teams have met four(4) times, two(2) in the Champions League and the other two(2) in a club-friendly match, and the visitors have won two(2), drawn one(1), and lost one(1) scoring eight(8) goals with the host scoring five(5) goals.

Away also won against Braga at home in their first match whilst the host drew.

Tip: Away scores or win either half

Stats: Braga lost the opener against Crvena Zvezda, the Serbian side at home whilst the visitors drew at home against Ludogorets. So both teams will like to win here hence both teams score and probably over.

Stats: Celtic lost to Real Betis by four(4) goals to three(3) on an away trip and Leverkusen on the other won two(2) goals to one(1) against league contenders Ferencvarosi at home.

Both teams however look promising as goals are concerned but the visitors look very good in shape considering their eight(8) games in which they lost just one(1).

Stats: Real Betis won their first game and will want it to reflect here and it's bound to happen considering the host form.

Stats: West Ham is absolutely on form than the visitors so winning here is imminent.

Stats: The host looks very promising as they have won four(4) games in a roll whilst the visitors lost two(2) games in four(4) matches. 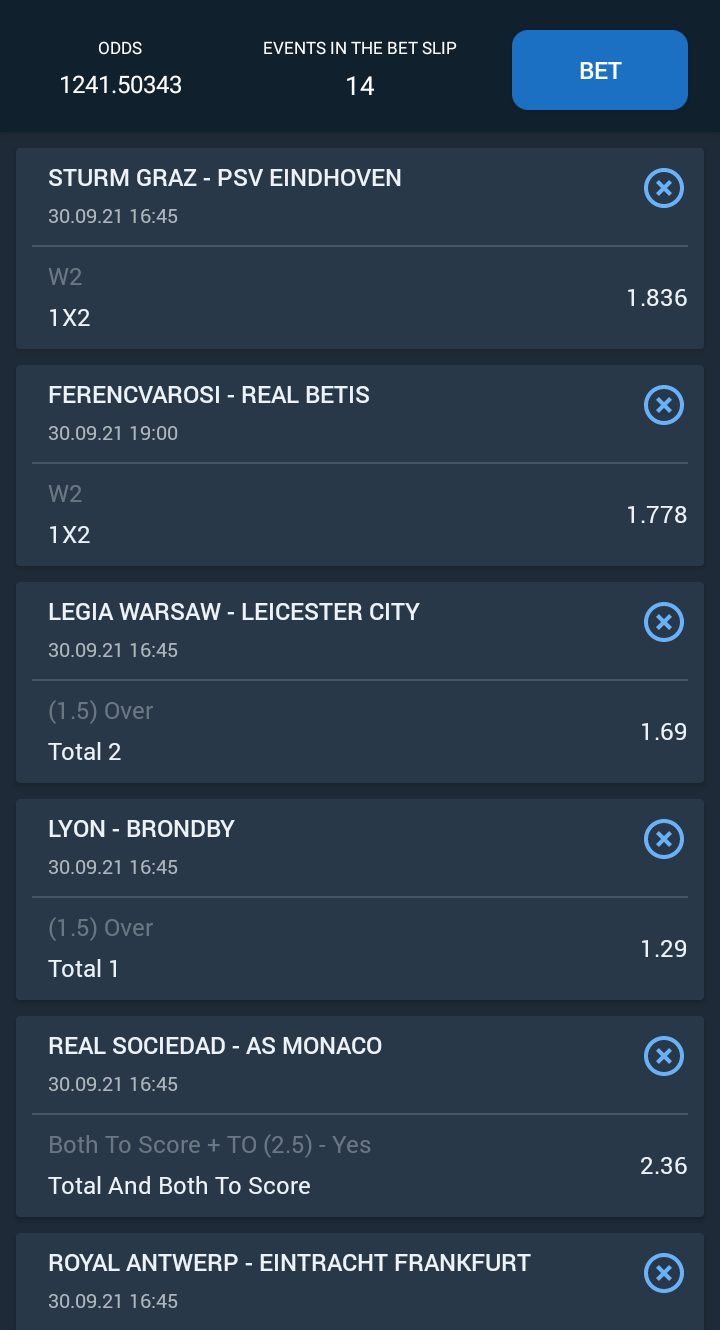 Hearts have their problem solved with coming of their midfield dynamo

How A Young Footballer Managed To Score 487 Goals In Just 87 Matches.