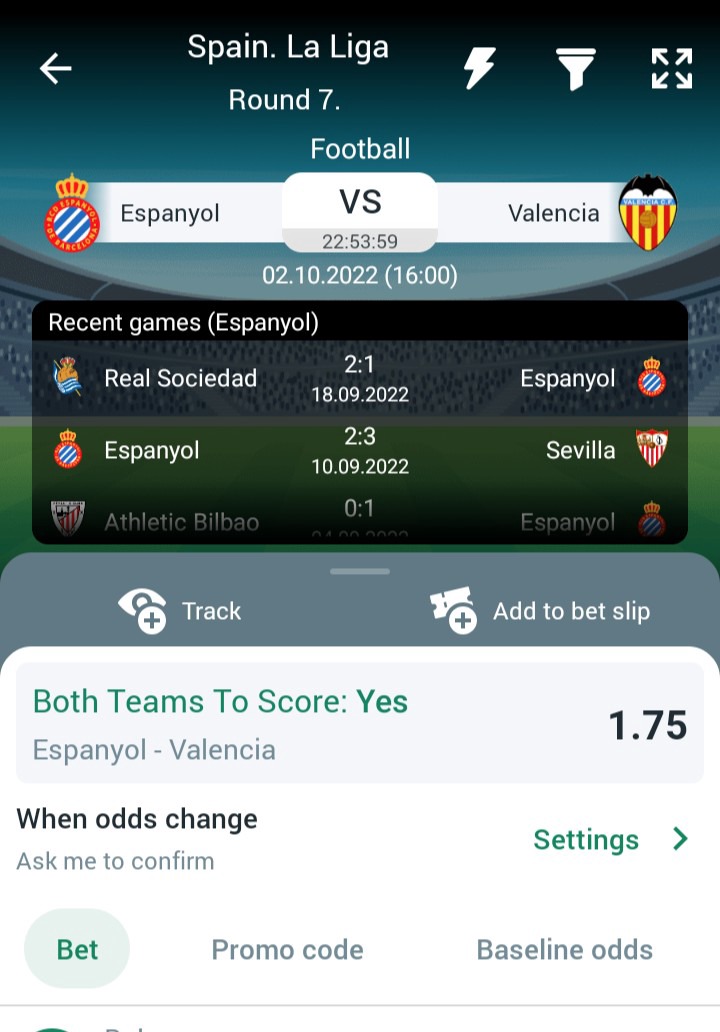 Espanyol host Valencia in the first game of Sunday’s La Liga program at RCDE Stadium. The hosts will be hoping to rebound from back-to-back defeats to Sevilla and Real Sociedad here.

The team led by Diego Martinez lost four of the last five league affairs and they currently sit fourth from bottom in the league ladder.

Espanyol’s biggest issue at the moment is the lack of defensive meticulousness. They conceded five goals in the last two defeats and they have already allowed eleven goals in the inaugural six outings.

This will be the music to the ears of Samu Castillejo and company who will be hoping to back up a fine display from the 3-0 drubbing of Celta Vigo in the previous round.

It was the second victory in the last three outings for Valencia who have bagged as many as eight goals in these two wins.

However, Los Che are yet to perform on travels this season. They lost both away fixtures they played so far in the 2022/23 campaign.

On the other side, though, Espanyol have lost all three home outings in this term of La Liga, shipping eight goals in the process.

Their defensive line looked beyond vulnerable in the previous round’s 3-0 loss at Celta Vigo and there is not much to suggest the hosts can turn things around in this tie against Valencia.

This match has goals in it because both teams have been pretty vulnerable defensively so far in the season.

Both teams to score is our main betting option at the 1.80 odds. You can also try with Valencia to win at the 2.60 odds knowing that Espanyol have lost all three home matches so far in the season.