Hearts have a historical chance to feature in the group stage of UEFA Europa League for the first time since 2004/05.

To get there, they need to annul a one-goal deficit from the first leg of the playoffs tie against FC Zurich.

Hearts had the lead in the first game seven days ago on Swiss soil, but they failed to hold on to it allowing the rivals to complete a comeback in the first half on the occasion.

FC Zurich were better in that first match without doubts and Hearts will have a mountain to climb to dispatch them here.

Nevertheless, one fact that goes in Hearts’ favor is FC Zurich’s domestic form this season. Swiss champions are on a dreadful streak of two draws and three defeats in the opening five rounds of the new Super League campaign.

FC Zurich have scored no more than one goal in the opening five rounds of the new season in the domestic league.

They did improve the attacking numbers by netting two past Hearts and four past lower-division Cham in the weekend’s Schweizer Pokal fixture.

Hearts, on the other side, suffered their maiden loss of the Premiership campaign in the fourth round, falling 2-0 away at champions Celtic on Sunday.

Interestingly, Hearts shipped at least a goal in each of the last nine games in all competitions, including preseason friendlies.

FC Zurich possess more quality in their squad and we see them as the favorites to advance despite playing Hearts in front of Edinburgh’s crowd this time around.

Hearts shipped at least a goal in nine successive outings (including preseason exhibitions) and we will back FC Zurich to net two or more goals past them once again at the 2.62 odds. 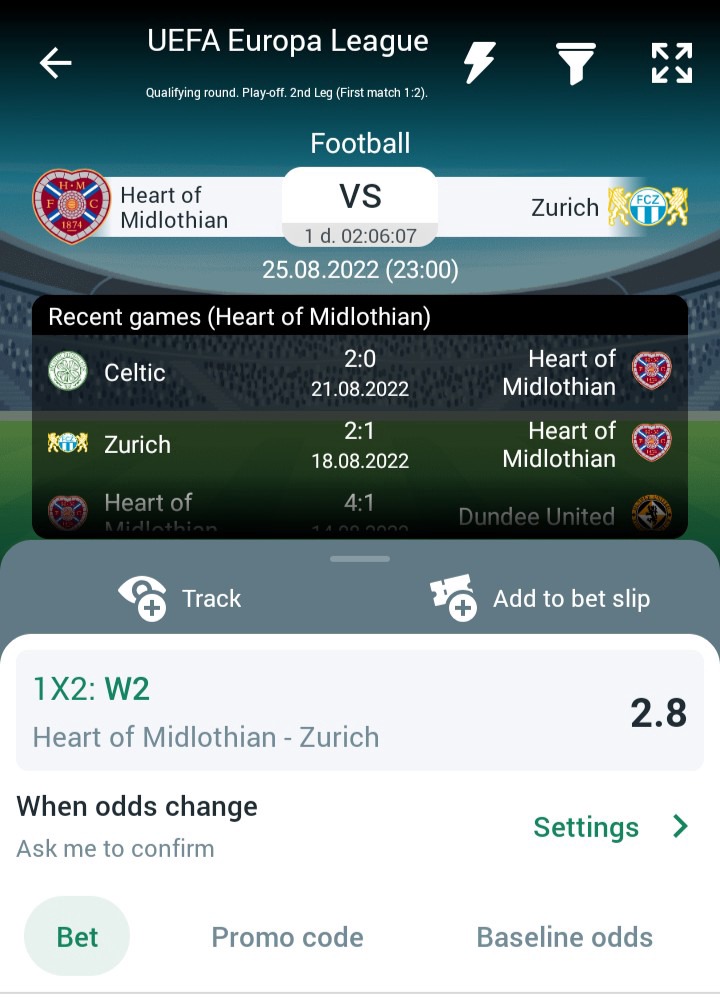