Tottenham will be hoping to return to winning ways after back-to-back losses to Manchester United and Newcastle as they travel to Vitality Stadium to take on Bournemouth in Matchday No 14 on Saturday afternoon.

The Spurs lost touch with Arsenal and Manchester City in the top two places of the Premier League standings after the recent defeats.

They looked pretty much toothless in the final third in each of the previous two losses and it will be very interesting to see how Antonio Conte’s men will perform here against the weaker opposition.

Bournemouth dropped to 14th in the league ladder after their back-to-back defeats to Southampton and West Ham in the previous two rounds.

They have failed to find the net in three of the last five league outings. The Cherries had only five attempts in the 2-0 loss at West Ham on Monday night.

They also scored just four goals in six league affairs at Vitality Stadium so far in the season. Interestingly, Bournemouth have a goal difference of 4-5 in six home outings this term.

Spurs, on the other side, also have two wins, draws, and defeats apiece in their six away fixtures this season. 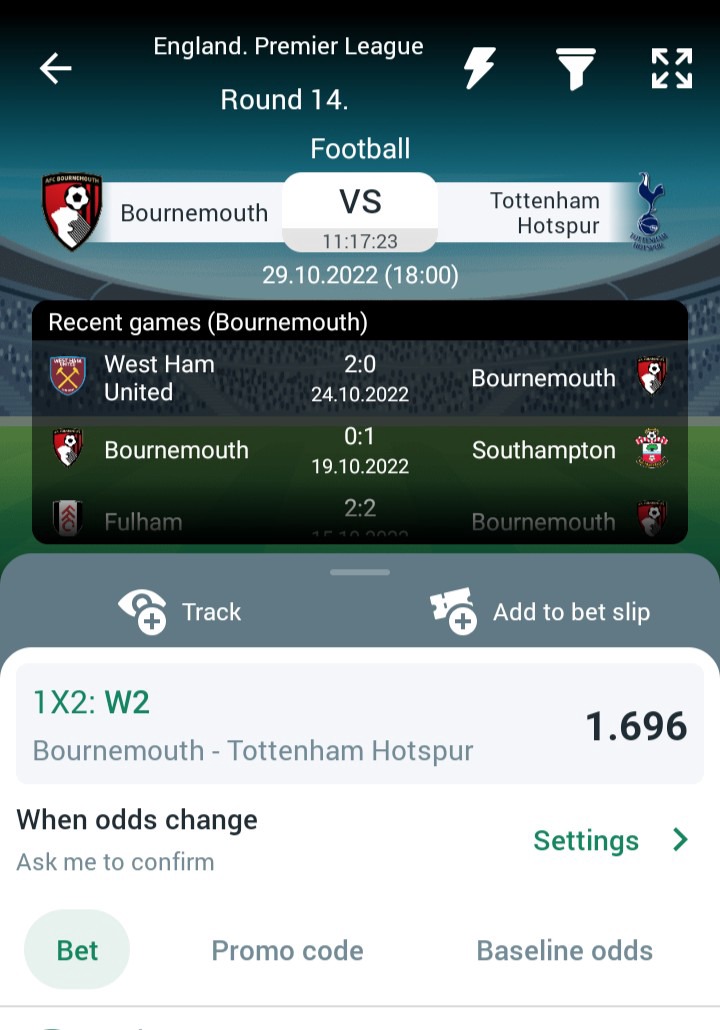 This is a big game for Tottenham. We all know how Conte is capable of motivating his players for important matches. In these circumstances, we see Spurs as heavy favorites on Saturday and we will back them to win both halves against Bournemouth at the odds of 4.50.

Harry Kane has been exceptional for Spurs so far in the season, netting as many as 10 goals since the beginning of the campaign. We see the value in backing him to score anytime on Saturday at the odds of 2.20.