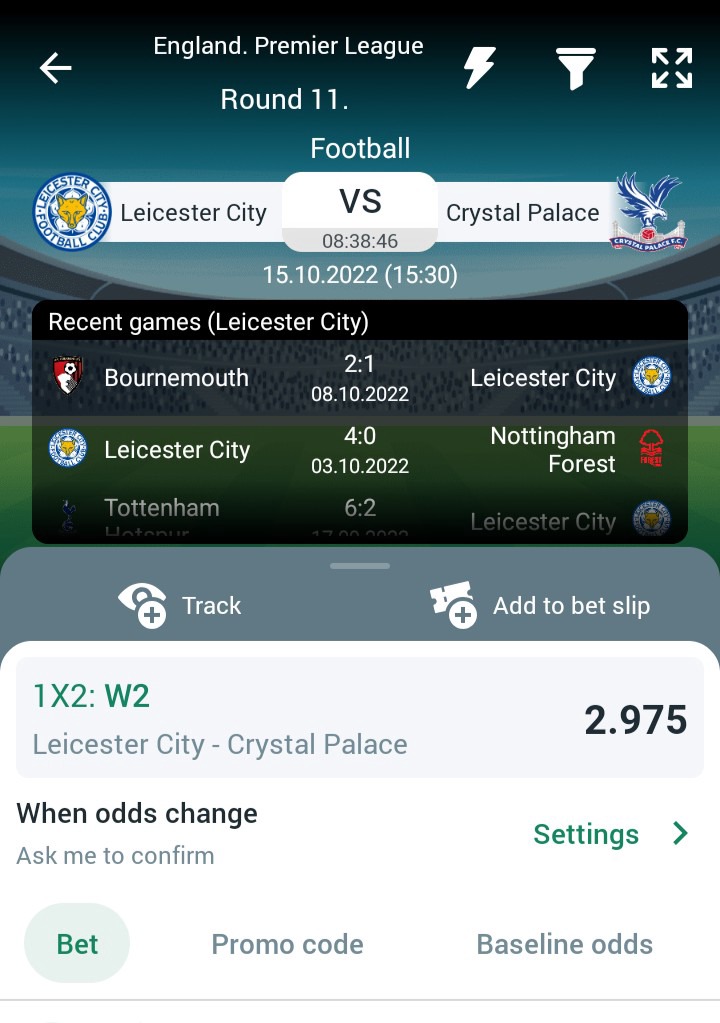 Leicester continue to be in free fall mode and now it is a legitimate possibility that they might take part in the relegation dogfight towards the end of the campaign.

The Foxes are placed bottom-most in the table at the moment, and they have a 100% losing record barring a single win, and a draw. And this sole victory came against the newly-promoted Nottingham, who are placed 19th in the table.

They will have to wait for miracles if they even want to end up in the mid-table, let alone fight for a European spot.

Meanwhile, Palace did lose three times so far in the tournament – but it needs to be mentioned that the three losses came against titans Manchester City, Chelsea, and Arsenal. Note that these three squads are currently placed in the top-four of the league table.

It appears to me that Leicester are in a deep pit of trouble, and Crystal Palace could really make good use of this opportunity. Count on a hard-fought win for the guests this weekend.

The Foxes are in such mess that they have a perfect losing record barring just two games, and these two matches came against recently-promoted and struggling teams.

Meanwhile, Palace have a 100% unbeaten record despite going through a tough schedule, and their only defeats so far came against some of the absolutely best teams in the league – and maybe in the whole of Europe.

I expect Crystal Palace to post the three points on the board this weekend. Do also anticipate goals in huge numbers against the struggling defense of the hosts.