Thursday Betting Tip: Check out how these teams will make you earn some money today. 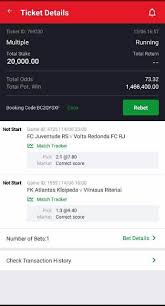 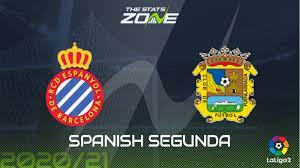 Espanyol are hoping to win again after their last result, the 1-3 La Liga 2 triumph versus Castellón.

Espanyol have been on a persistent run of goalscoring form, netting in each and every one of their last 6 matches.

They’ve managed to rack up 12 during that time and have conceded a total of 5.

Going into this encounter, Espanyol are undefeated in their previous 3 league matches at home.

Fuenlabrada will come into the meeting following a 4-1 La Liga 2 win as they beat Mallorca in their last match.

During their 6 most recent matches, José Oltra's Fuenlabrada have found the back of the net 10 times therefore yielding them a goals scored per game average of 1.67.

Ahead of this meeting, Fuenlabrada are undefeated in their last 4 away league matches.

We feel that in this game, Espanyol have it within them to be able to score a couple when they come up against Fuenlabrada, who might well find it difficult getting on the scoresheet. 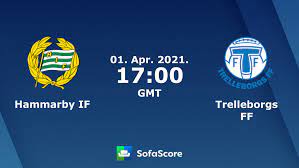 Hammarby IF will be looking for a repeat result of a 3-2 Svenska Cupen triumph vs AIK.

At least three goals per game were seen in 5 of the last 6 fixtures where Hammarby IF have taken part. Opposing sides scored 8 times in this period whereas Bajen totted up 13. That sort of trend might not be sustained into this match, of course.

Trelleborgs FF head into the clash after a 3-1 Svenska Cupen win as they beat IF Lödde in their last game.

Over the course of their previous six clashes, Trelleborgs FF have helped themselves to a total of 9 goals. Trelleborg have also scored in every single one of those games. During that period, they have had 8 goals go against them.

n this match, Hammarby IF can and should stay in control for long periods of time and should be able to convert a few of the chances that they create.

At the same time, Trelleborgs FF will be up against it to make a breakthrough but we do think that it’s more than likely that they will be hitting back at some stage here, too.

We therefore think that it’s going to be a controlled victory for Hammarby IF at the end of the match. 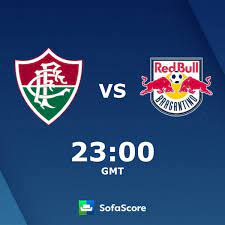 Luverdense head into this fixture after a 1-1 Copa do Brasil draw against Uberlândia.

Red Bull Bragantino go into this match following on from a 2-3 Copa do Brasil win vs Mirassol in their most recent outing.

Over the course of 5 of the previous 6 clashes featuring Red Bull Bragantino, a notably low volume of goals have been scored between them and their opponents. The overall average goals scored per game during that period comes to a paltry 1.67, with the number of goals averaged by Leão da Zona equalling 1.17.

Our thinking is that Red Bull Bragantino have it within them to be able to score a couple when they meet Luverdense, who could well find it tough finding the net themselves.

We can therefore see a comfortable win for Red Bull Bragantino at the end of this one. 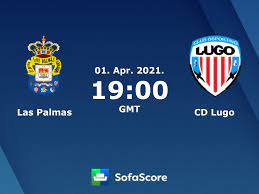 UD Las Palmas go into this game after a 1-1 La Liga 2 drawn result against Tenerife.

It has been seldom in recent times that UD Las Palmas have kept a clean sheet. The reality is that Las Palmas have failed to prevent opponents from scoring in 5 of their previous 6 matches, letting in 9 goals in the process. Having said that, we must now wait to see if such a trend will persist in this game.

Since tasting defeat last time out to CE Sabadell in La Liga 2 competition, CD Lugo will be hoping to turn things around here.

In that match, CD Lugo had 60% possession and 6 attempts on goal with 3 of them on target. For their opponents, CE Sabadell FC had 12 attempts at goal with 2 on target. Juan Ibiza (12') scored for CE Sabadell.

Over the course of 5 of the prior 6 games involving CD Lugo, a notably low volume of goals have been struck between them and opposing teams. The overall average goals scored per game during that period works out to a meagre 1.67, with the number of goals averaged by Luguiño standing at 0.5.

Heading into this contest, CD Lugo have not won away from home in their last 11 league matches. What a terrible run of away results.

When taking everything into account, CD Lugo could well find it tough to get anything against this UD Las Palmas lineup who we think might well be able to grind out a win.

That’s why we have predicted a highly competitive game with under 2.5 goals 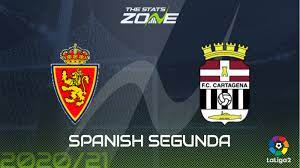 Real Zaragoza prepare for this fixture following on from a 1-1 La Liga 2 drawn game versus Logroñés.

Fewer than three goals per game were scored during 5 of the past 6 fixtures where Real Zaragoza have been participants. In terms of the goal distribution from that period, opposing sides scored a total of 6 while Blanquillos totted up 5. We will just have to find out if that trend can be continued on into this next match.

Coming into this clash, Real Zaragoza are undefeated in their previous 2 home league matches.

Last time out, FC Cartagena drew 1-1 in the La Liga 2 tie with Málaga.

In that game, FC Cartagena had 45% possession and 9 attempts at goal with 4 on target. The only player to score for FC Cartagena was Berto Cayarga (14'). Málaga CF got 11 shots on goal with 5 on target. Jozabed Sánchez (81') scored for Málaga.

For 5 of the previous six clashes featuring FC Cartagena, a relatively low number of goals have gone in between them and opposing sides. The overall average number of goals per game during that spell works out to a mere 2, with the average goals for Efesé being 0.67.

Coming into this clash, FC Cartagena are without an away win for the past 6 matches in the league.

We’re of the opinion that FC Cartagena would be disappointed if they were not to put one past this Real Zaragoza outfit, although that probably shouldn’t prevent them from conceding a couple at the other end.

We think that it’s going to be a win or draw for Real Zaragoza after the 90. We are expecting it to be pretty even.