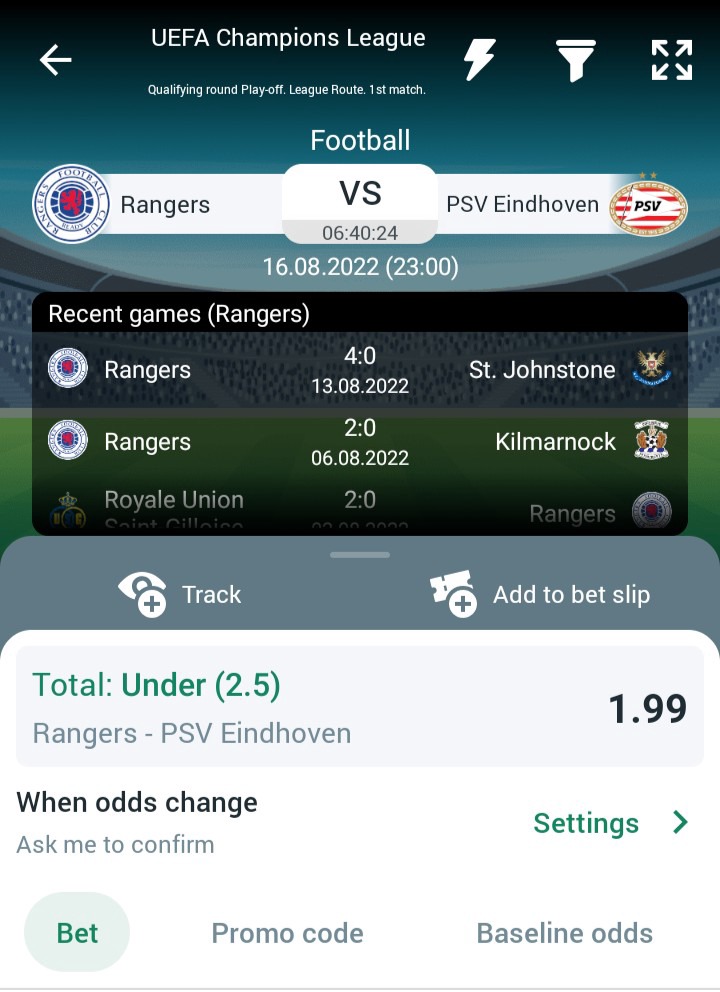 Rangers have reminded their fans of their displays in the previous term of UEFA Europa League when they reached the very final.

The Scottish outfit were on the ropes after the first leg of the third qualifying round against Belgian runners-up Union Saint-Gilloise.

Nevertheless, they annulled a two-goal deficit with a brilliant performance in a 3-0 victory over the Belgians seven days ago in the reverse fixture at Ibrox Stadium.

The Gers now only have one more obstacle between them and the group stage of the UEFA Champions League, a place there haven’t been to in more than ten years.

However, Rangers will indeed find it very tough to get past PSV Eindhoven who have shown strength by eliminating the likes of Monaco in the previous round.

Much like their Scottish counterparts, the Dutch outfit came up with a strong performance and excellent team effort in the toughest times to first score the leveler in the 89th minute and then the winner in the extra-time of a very tough rematch against the French powerhouse.

PSV Eindhoven have generally gathered much more European experience than Rangers in the last several years, but if we are to judge by Giovanni van Bronckhorst’s troops’ display against Union Saint-Gilloise, the Dutcg outfit will face hard times trying to get a result in this first leg of the playoffs at Ibrox Stadium.

It is very hard to say which of the two teams is closer to getting a result in this first leg on Tuesday. Both outfits left a remarkable impression last week and we expect these performances to carry them both in this matchup.

We will go with the low-scoring stalemate for this first game in Glasgow. The draw is paid at the 3.30 odds, while you can get the Under 2.5 goals FT pick at the odds of 1.85.