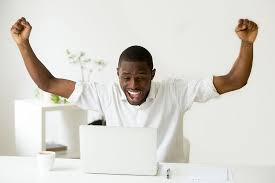 Without wasting much time let's get straight to these games that can make us a few coins.

Tip: Away scores 1.5 goals or wins

Tip: Both teams scores and over 2.5 goals

Reason: Both teams are unpredictable in terms of winning against each other. The away team have scored three(3) goals at away and won one(1) in two(2) games and the host has scored two(2) goals at home winning one(1) and a loss.

So both teams will make an effort to score against each other.

Reason: Home has played five(5) games this season and has not lost. They have won one(1) and a draw at home whilst the away team have lost two(2) and drawn one(1) at away.

Hence a way to score more is imminent.

Tip: Both teams score and over 2.5 goals

Reason: Both teams have a history of scoring against each other and this match is not an exception. Both have won two(2) games in the league and scoring seven(7) and eleven(11) goals respectively.