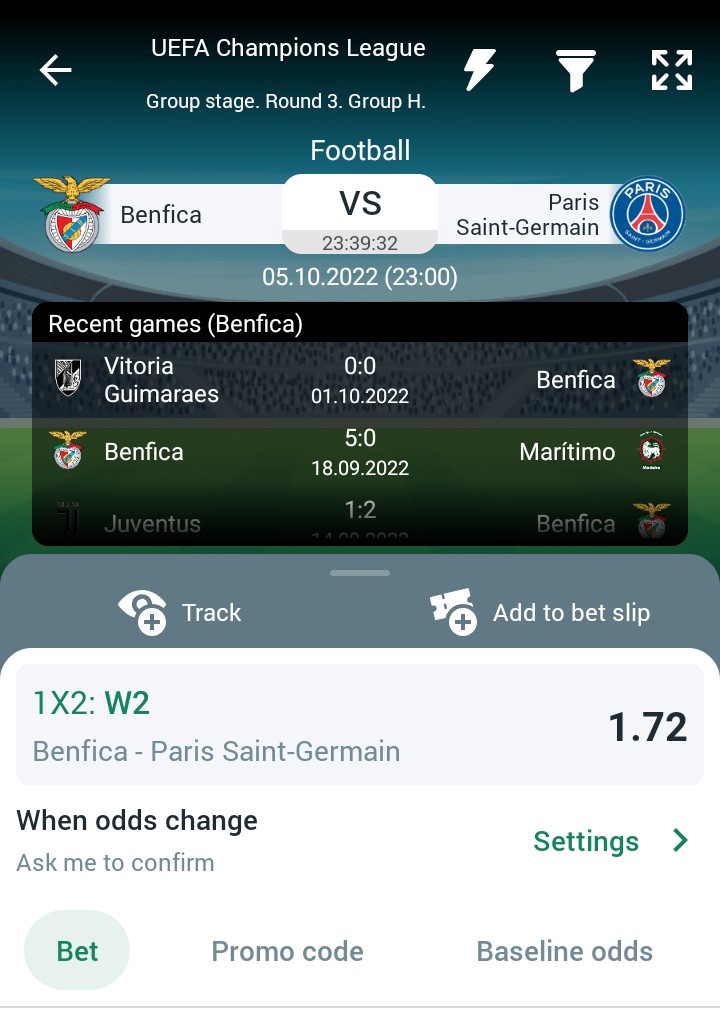 PSG head to Estadio da Luz on Wednesday for the Champions League clash with hosts Benfica.

The reigning French champions are yet to make a mistake this Ligue 1 season although they have played five league outings on the road.

Christophe Galtier can be thrilled with the form of his attackers at the beginning of the new campaign since PSG have scored a total of 26 goals from their 8 Ligue 1 fixtures so far. Lionel Messi, Neymar and Kylian Mbappe have often been in the scoresheet.

Going on, the team won their previous two group stage fixtures against Maccabi Haifa and Juventus, scoring a total of 5 goals.

Meanwhile, Benfica have been one of the top performing teams in the Portuguese top flight for several years. The previous season was no different. But, they had missed out on a European ticket by small margin of points.

Going on, Benfica seems to be determined to make amends this time. The team bagged a total of 22 points in their 8 league fixtures in this season with a perfect score of 7 wins.

They have also won their previous 2 group stage fixtures against Juventus and Maccabi Haifa by scoring a total of 4 goals. PSG’s past two Champions League fixtures shows their defensive line leaking one each.

By the looks of things, anticipate a win for PSG who have been following an exceptional form of late across all competitions.

The in-form fire power of PSG forces us to back them to seal a win against Benfica on Wednesday. We back the PSG to Win & Both Teams to Score bet at the 2.95 odds.