Leverkusen are struggling to show any kind of dominance in the German Bundesliga at present and they also started their European campaign with a defeat. Atletico Madrid will try to pounce on this opportunity and will go for their second consecutive win in the tournament.

Diego Simeone’s men defeated Porto 2-1 in front of their home crowd in the first match-day of the UCL and as of now they are in possession of the first spot in the group. They will be eager to keep this momentum going on and as of now chances are high for them to finish as champions of the group.

They finished third in the Spanish top flight the previous season and this time around they lost only once as well. 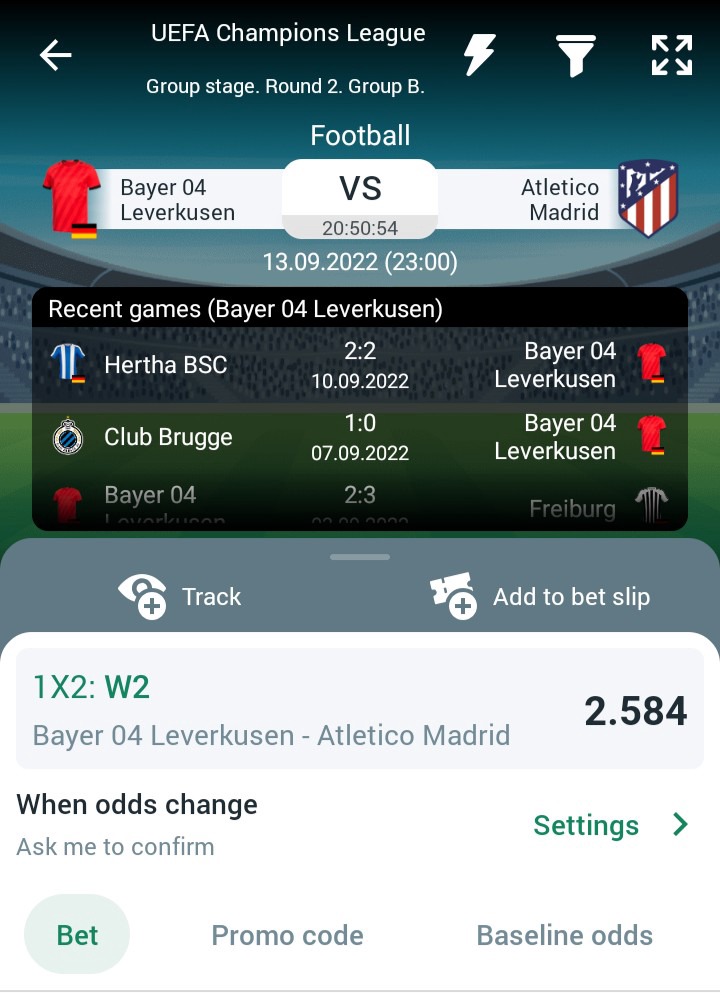 Moreover, they also have a poor head-to-head record against this rival over the years. Taking into account all these observations expect a victory for Atletico Madrid this Tuesday.

Leverkusen were winless in seven of their previous eight overall fixtures and worryingly six of these were defeats as well. They also let in two or more goals in four of their past six games.

Going on they are on a 3-match losing streak in front of their home crowd and let in two or more goals in all three of these appearances.

On the other hand, Diego Simeone’s men were unbeaten in 13 of their past 14 fixtures and in the process they went on a six game-winning streak. Moreover, they have a dominant head-to-head record against this rival as well.

For these reasons, expect a victory for Atletico Madrid.