The first derby of the season between two traditional top-six teams will be played on Sunday afternoon in London where city rivals Chelsea and Tottenham will battle it out in an attempt to back up their positive starts to the 2022/23 campaign.

Tottenham left a much better impression although they did concede the first goal of the opening day’s fixture against Southampton (James Ward-Prowse).

Antonio Conte’s men responded in some fashion, bagging four unanswered goals later on to pick up a comfortable victory at the start of the season at Tottenham Hotspur Stadium.

Interestingly, neither Harry Kane nor Heung-Min Son were on target for Spurs on the occasion. This means Conte can now rely on a wider array of offensive weapons, including Dejan Kulusevski who had an excellent game with a goal and an assist last Saturday.

It is also worth noting that Spurs’ latest attacking acquisition Richarlison was not in the squad through suspension on the occasion.

The former Everton’s star will be available as of this game against Chelsea and it will be very interesting to see whether the Italian manager will use him on the pitch on Sunday.

Chelsea, on the other side, offered a non-inspiring performance against struggling Everton, beating the Toffees just 0-1 away at Goodison.

The only goal came through Jorginho’s penalty-kick as Thomas Tuchel did not have too many reasons to be thrilled last Saturday.

Chelsea have dominated this London derby in the last several years but we believe the time has come for their former boss Antonio Conte to finally inflict a loss on them this Sunday.

Tottenham showed a much better display on the opening day and we believe they are ready to stun Chelsea at Stamford Bridge.

You can back Spurs to win at the 3.20 odds. Since we have rarely seen goals in this matchup in the recent years, the value is also decent with the Under 2.5 goals FT pick at the 1.90 odds. 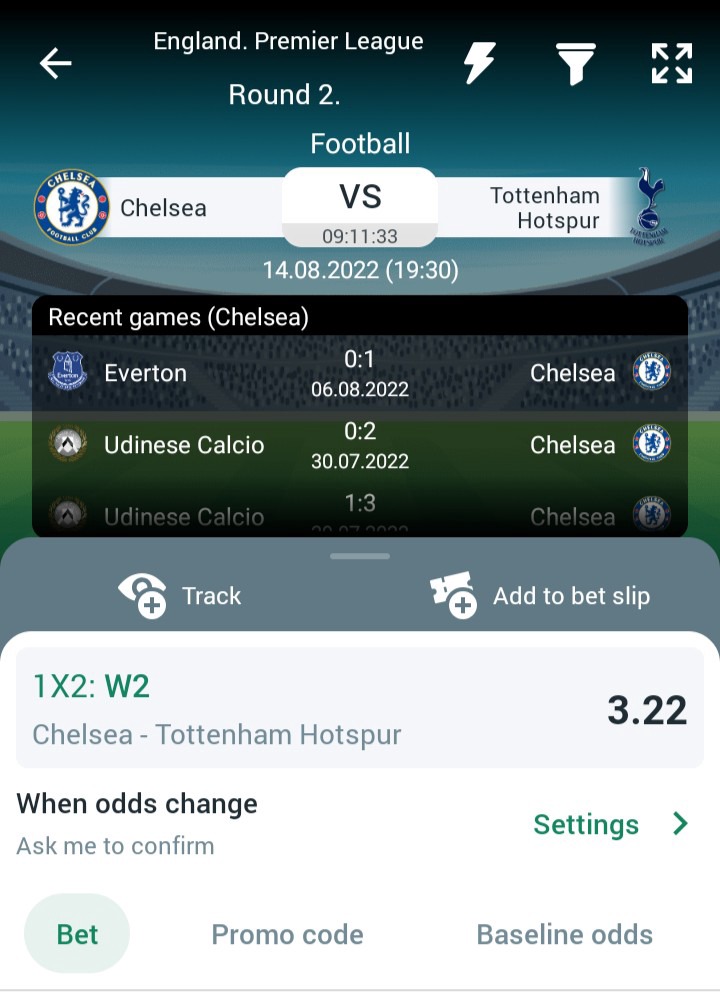