Both Young Boys and Anderlecht have been on long stretches of great performances and lately goal scoring has not at all been an issue for either of these squads. It goes without saying that we are about to witness a high-scoring affair from these two determined squads, as they lock horns in this crucial encounter.

Young Boys have been one of the best teams in the Swiss stop flight for the past several years and the last season they had secured a 3rd place finish at the end of the campaign.

It deserves special mentioning that they had scored the most number of goals of all the teams in the tournament as well.

Moreover, they have also been on a long series of great results in front of their home crowd and they will expect one more victory this Thursday as well.

Meanwhile Anderlecht too had finished 3rd in the Belgian top division the last season and only the toppers had scored more goals than them in the entire tournament.

In addition, they also have found the back of the net in plenty in previous away games as well.

Taking into account these observations, expect a high-scoring affair between the 2 teams this Thursday.

The Young Boys are on a long 19-game unbeaten run and in the process they had gone a 4-fixture winning streak. Do also note that they had scored 3 or more goals in 4 of their past 7 overall fixtures as well.

Going on, do also take into account the fact that they have lost a total of just once in front of their home crowd since the first week of December.

On the other hand, Anderlecht had won 10 of their past 12 overall matches, and they had scored 2 or more goals in 10 of their previous 12 games as well.

Taking into account these observations, expect goals to come from either end of the pitch this Thursday.

Tips for Young Boys vs Anderlecht 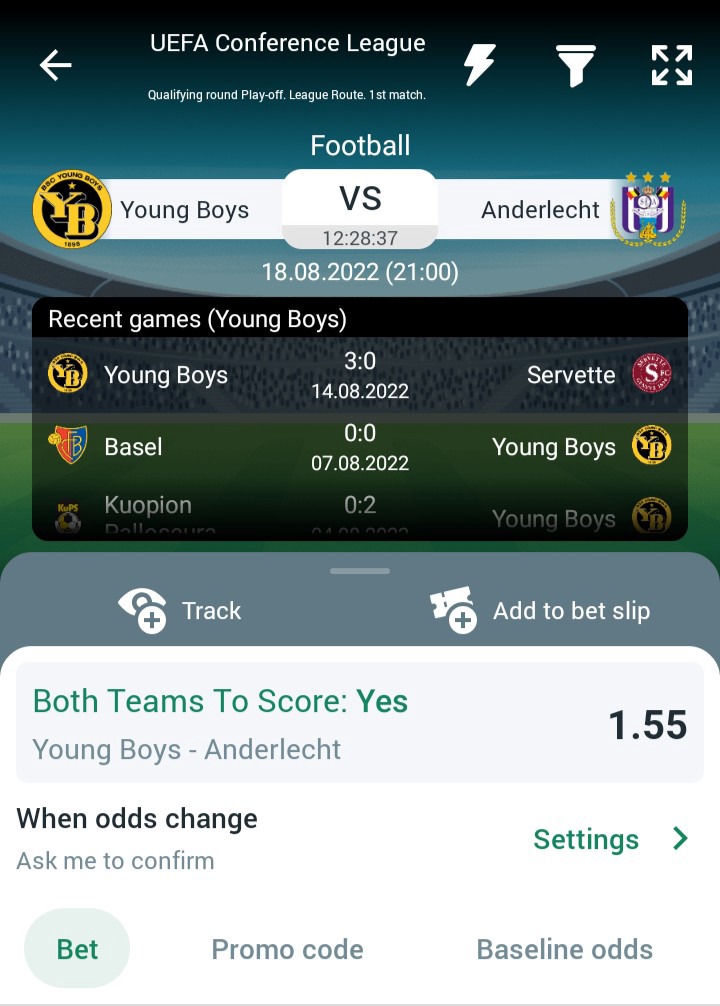