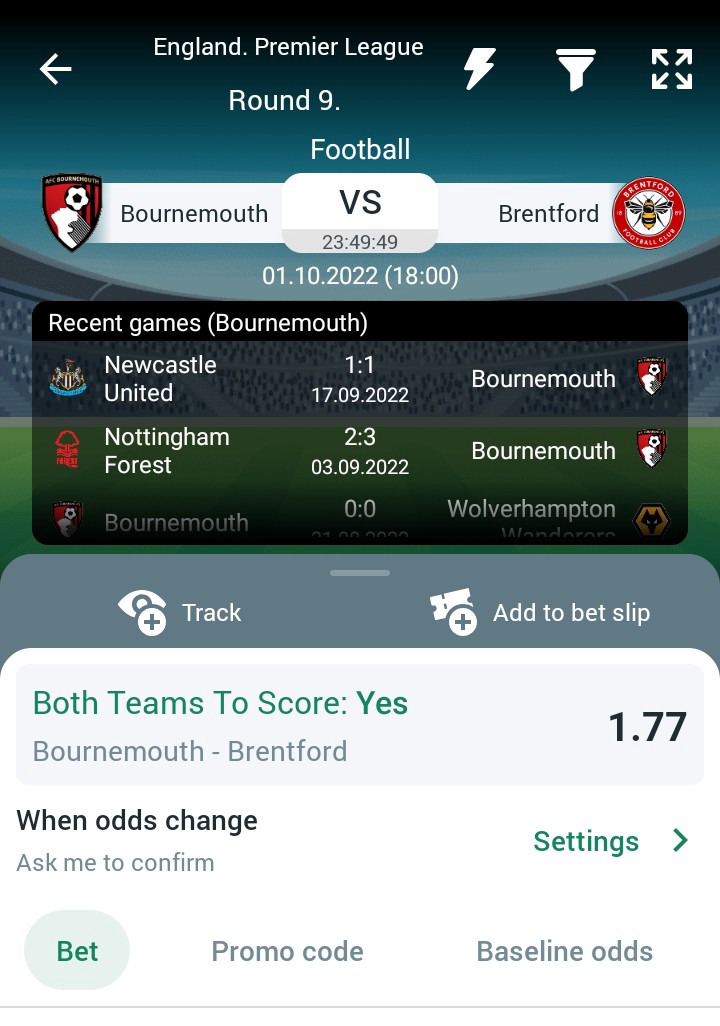 Both Bournemouth and Brentford are going through rather poor stretches of performances at the moment, and are letting in goals in huge numbers. The Premier League resumes after the international break, and the teams will be eager to find their form back.

Bournemouth are placed 12th in the table at the moment, and they secured just two wins all through the competition. In fact, they registered a single win in their past five matches in the tournament.

Most of their recent fixtures ended in losses, and all along they conceded goals in huge numbers. Even in front of their home crowd, the team found it hard to perform at a high level.

As a matter of fact, they have a 100% winless record at home this season, disregarding a victory against the struggling Aston Villa.

Going on, goals also came in plenty whenever these two teams locked horns in the past, and taking into account all these observations, it is expected that we are about to witness a high-scoring affair this Saturday.

Bournemouth were winless in nine of their past eleven overall fixtures, and in the process they went on a two-game losing streak, as well as another three-match losing stretch.

Note that they also lost three of their past five appearances at home, and they were winless in four of their former five home fixtures.

Moreover, they were also winless in five of their past eight road trips, and in the process they went on a two-game losing streak.

Considering these observations, and past h2h meetings, expect a high-scoring affair this weekend between the two teams.

Tips for Bournemouth vs Brentford