Tuesday Betting Tip: Check out how these teams will make you earn some money today. 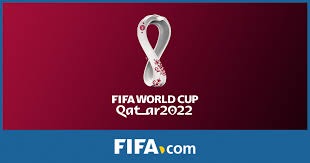 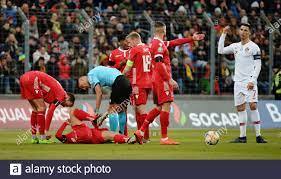 Luxembourg stole all of the headlines on Saturday evening, stunning one-time FIFA World Cup (WC) quarter finalists Rep. Ireland with a 1-0 victory in Dublin. However, ‘normal service’ should resume for the tiny underdogs, even though they gave a decent account of themselves in the last H2H here, going down a mere 2-0 despite losing both individual halves.

Even so, that result contributes to Luxembourg’s goal difference of -34 from their last ten WC / Euro qualification defeats against teams currently ranked inside FIFA’s top 20 (GF 2, GA 36). Eight of those defeats yielded a blank, of which six (75%) saw them lose by 3+ goals.

By contrast, Portugal endured a torrid Saturday evening in Belgrade, letting a 2-0 HT lead slip within 15 minutes of the restart. Via that 2-2 draw against Serbia, Portugal bookended a winning streak across their WCQ fixtures at ten games. They won both halves in seven of those victories, and netted 3+ times on six occasions across those ten wins.

In a stat which promises sheer destruction, the average margin of victory across Portugal’s last four WCQ away wins against teams currently outside FIFA’s top-60 is a resounding 3.25 goals (GF 13, GA 0). By coincidence, Luxembourg are - in a ‘reign’ going back to September 2012 - the last such team to break a travelling Portuguese defence in WCQ action and still lose!

Portugal will surely win this game 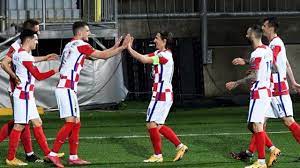 Sitting #11 in FIFA’s official rankings, Croatia’s 1-0 home win against Cyprus (#100) in their World Cup Qualification (WCQ) game last weekend saw their run of 12 international matches without a clean sheet come to an end. In turn, Croatia have now failed to cover a -1 handicap in their previous six games against nations ranked outside the top 80 (W5, D1).

On a positive note however, the Croatians have shut out the opposition in their last six home WCQ games against nations ranked outside the top 90. That run seems likely to continue, as Croatia have won ‘to-nil’ each of their previous three competitive H2Hs vs Malta on home soil, while winning one half via a 2-0 scoreline on each occasion.

Though a resounding result in context, tiny Malta’s 2-2 draw away to Slovakia last weekend saw their winless run stretched to a disappointing 16 WCQ matches (D2, L14), for an all-time record in the competition of: W2, D11, L91. That said, Malta have found the net in their opening two matches of a new WCQ campaign for the first time in their history!

If the 176th-ranked visitors are to miraculously avoid an eighth consecutive WCQ winless road trip (D1, L6), they will have to keep things tight early on. Notably, they have conceded first within 30 minutes in their previous eight WCQ away games vs nations ranked inside FIFA's current top 20, going on to lose all - including a 3-0 loss here back in 2005. 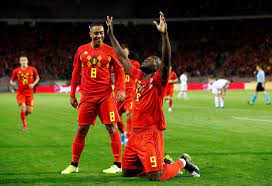 Now unbeaten at home in 25 WC/EURO qualifying matches since September 2010 (W19, D6), Roberto Martínez’s side should be confident in extending that after scoring 2+ goals in 11 of their last 12 games as hosts. Furthermore, they’ve scored an average of 4.83 goals per game across their last six WCQ home matches (W5, D1).

Belarus (FIFA rank: 88) opened their campaign with a 4-2 win over Estonia, just their second win in 15 WCQ matches (D3, L10). However despite scoring before HT in each of their last four outings, Belarus have lost at HT/FT in their previous seven matches against teams ranked inside FIFA’s top 15.

If they’re to cause an enormous upset, they’ll have to work hard for it as each of their last four away wins came via a one-goal margin. Realistically though, victory looks unattainable given their poor recent away form (D1, L3) and whilst their last three road trips featured over 3.5 goals, if that happens again don’t expect many from the visitors - Belarus’ last two away games vs teams in FIFA’s top 15 both ended in a 4-0 defeat! 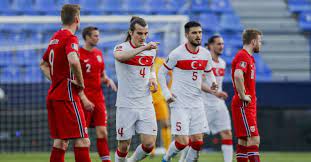 After three wins across four matches (W3, L1) - including consecutive Group G wins - Turkey are understandably massive favourites to extend their best-ever start to a FIFA World Cup qualifying (WCQ) campaign. The expected win could well come with a clean sheet, as nine of Turkey’s last 12 wins have seen them shut out the opposition’s attack.

Roared on here by a limited allocation of home fans, one-time World Cup podium finishers Turkey have won their last six WCQ games against teams ranked outside FIFA’s top-100, with four coming via a clean sheet and each with a 2+ goal margin. Indeed, they are universally fancied more by bookmakers to beat the -3 handicap than fail to win.

The lowly-ranked Latvia have started their qualifying campaign as expected, with back-to-back losses, albeit conceding just twice each time, and keeping the opponents quiet until at least the half-hour mark. Although they have avoided defeat in eight of their last 11 matches (W3, D5, L3), just one of those results (1-0) came against a side ranked within ten places of Turkey.

Furthermore, Latvia have lost nine of their last 11 WCQ games (W1, D1, L9) - six ‘to nil’ and seven via a 2+ goal margin. The Baltic underdogs have certainly struggled on the road, mirroring their 11-game WCQ away form with that seen overall (W1, D1, L9). In a slightly more respectable return, less than 50% (four) of those nine losses saw them fail to score.

Turkey to win with more goals. 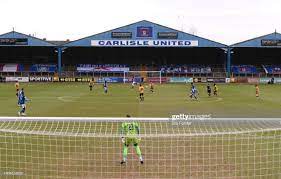 Carlisle United is in poor form in England League Two and they won 10 home games at Brunton Park.

Crawley Town is in mixed form in League Two and they won five away games.

Carlisle United won 8 times in their past 15 meetings with Crawley Town.

Kotoko: Two inclusions from the last travelling party Senanu and Sarkodie back, Fabio Gama out.

'I'll do my best to outperform him says Stephen Appiah's son.