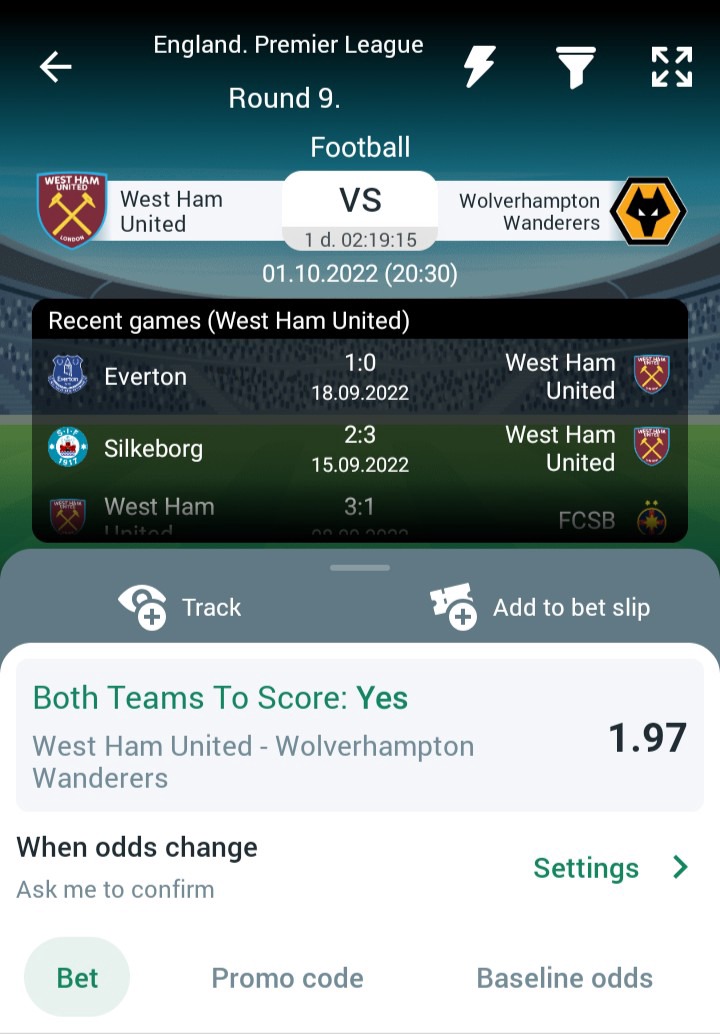 Both Wolves and West Ham united are struggling to find form in the English top flight this season. They are placed in the bottom-most tier of the table, and are letting in goals in huge numbers.

The Hammers are in possession of the 18th spot in the table, and so far they managed to register a single win. In fact, disregarding another draw, they have a 100% losing record.

Meanwhile, Wolves are placed 17th in the table at the moment, and they too recorded a single win so far. They also scored the joint-least number of goals in the tournament, and importantly, they have a 100% winless record away from home.

In fact, disregarding a draw, they have a 100% losing record on the road.

Moreover, goals also came in plenty whenever these two teams locked horns in the past. For all these reasons, it is expected that we are about to witness a high-scoring affair this Saturday between the two squads.

The Hammers were winless in 10 of their past 15 overall fixtures, and in the process they even went on a two-game losing streak. Note that they also conceded two or more goals in two of their past four overall matches.

On the other hand, Wolves were winless in seven of their previous ten overall games, and they remained so in 13 of their past 16 road trips. In the process, they also went on three separate two-game losing stretches.

Considering these observations, expect a high-scoring affair this weekend.