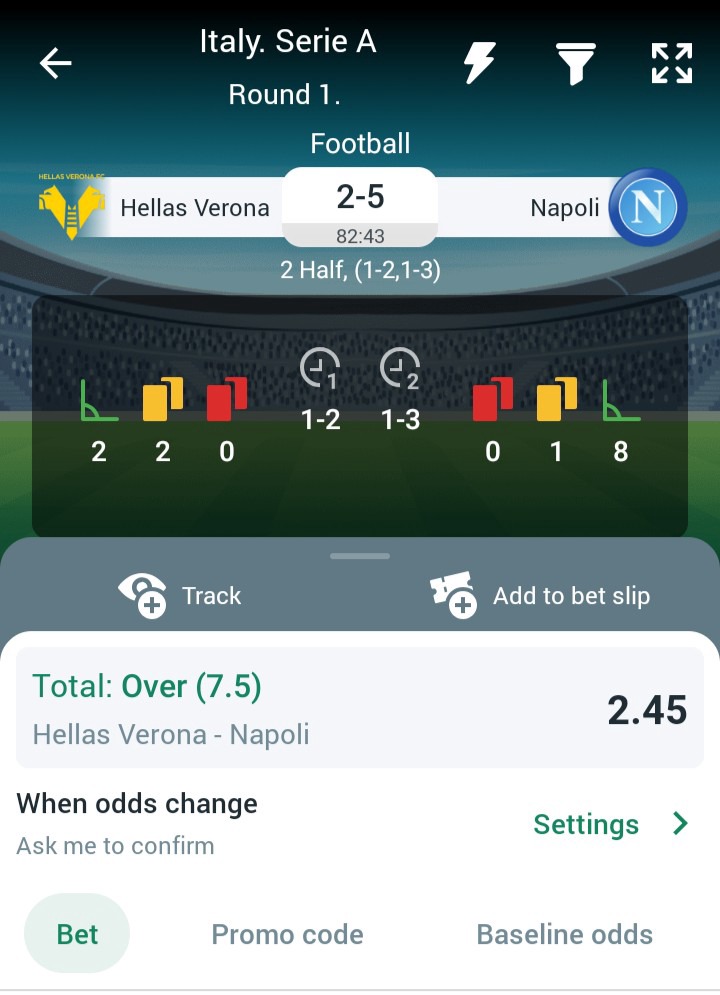 Napoli have been one of the very best teams in the Italian top flight for the past several years and even the previous season they had secured a 3rd place finish. Meanwhile Verona had to settle for a mid-table finish the last season in the league.

They had remained winless in 24 of their total 28 games all through the campaign and all along they had let in goals in huge numbers. And it needs to be mentioned that they have continued this habit of letting in goals in plenty to this new season as well.

And it is also concerning for their fans that they have been unable to make good use of their home advantage anytime in the reason past too.

Meanwhile Napoli had finished 3rd in the table the previous season and they were trailing by just 7 points below the toppers AC Milan at the end of the campaign. Note that they had lost just 7 times through this stretch and only previous champions Juventus had conceded fewer goals than them.

Moreover, they also have a superior head-to-head record against this rival over the years and taking into account all these observations it is expected that we are about to witness a victory for Napoli this Monday.

Verona had lost 4 of their last 7 overall fixtures and they had also remained winless in 10 of their past 15 fixtures. It also needs to be mentioned that they had let in 3 or more goals in 4 of their past 5 games as well.

Moreover, they had lost 3 of their past 5 appearances in front of their home crowd and they had let in 3 or more goals in 3 of their last 5 home games as well.

Considering these observations, expect a winning performance from Napoli this Monday.

Tips for Verona vs Napoli