Manchester United lost 0-1 in front of their home crowd in the opener of the competition, and right away they put themselves under pressure. They are in urgent need for a victory this Thursday, and will go for a huge scorecard against Sheriff Tiraspol.

Erik ten Hag opted for a changed line-up in the first match-day of the Europa, and it backfired on him. The Red Devils lost at home, and this certainly put their European future under risk. 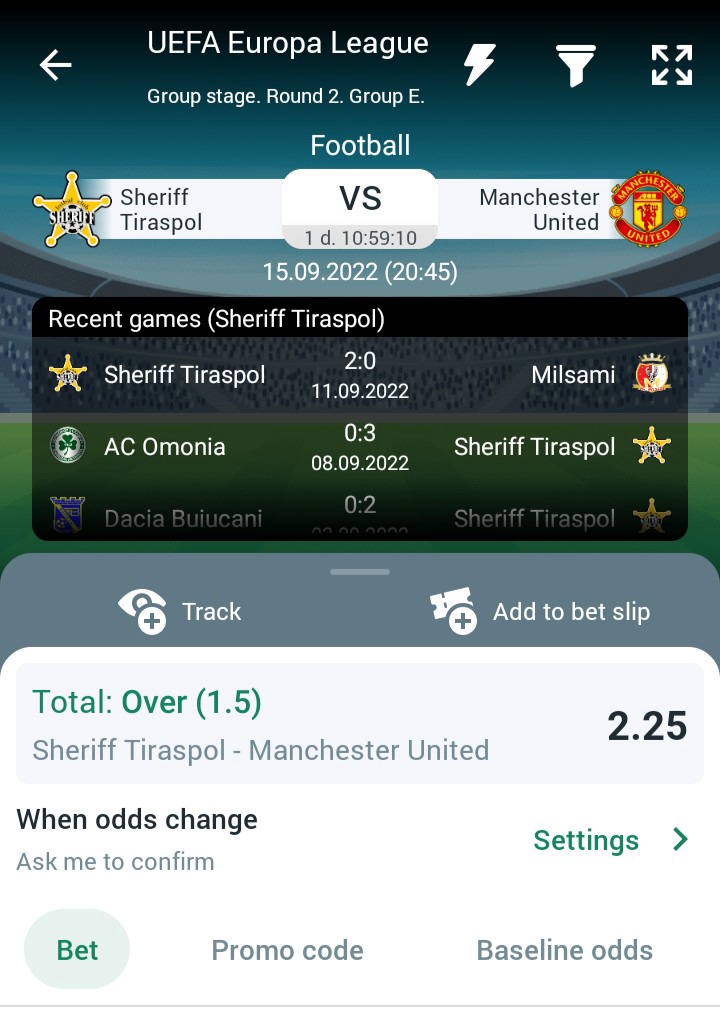 But for that, a win is practically a must this Thursday.

They are going on a good stretch of performances at the moment in the English Premier League. They had a rather poor start to their campaign, but then went on a four-game winning streak.

Meanwhile, Sheriff are part of the much inferior Moldovan top flight, and lately their performances have not been up to the mark.

In particular, they are finding it hard to deliver consistent results in front of their home crowd.

By the looks of things, expect a win for the determined and wounded Manchester United this Thursday.

Sheriff were winless in four of their previous nine overall fixtures, and they remained so in three of their past five appearances at home as well.

On top of that, they are also from a domestic league that is much inferior to Premier League, and they do not possess the experience or talent to take on a titan like that of the Red Devils.

Moreover, Manchester are on a four-fixture winning streak in the EPL at the moment, and three of these victories came against Arsenal, Liverpool, and Leicester.

Furthermore, they are also on a two-game winning streak away from home.

Taking into account these observations, as well as the determination of the Devils, expect a win for them this Thursday.

Tips for Sheriff vs Manchester United