By BerBea-nt (self media writer) | 11 months ago

The international break is over and here are few selected games you can try this weekend.

Stats: Milan is in the 2nd spot on the league table with two(2) points behind the league leaders, Napoli, so winning here is a very big concern.

Stats: Atalanta are behind this season and winning this game will put them in the 5th spot on the League table. They have also won three(3) matches and drawn once in their last five(5) games scoring eighth(8) goals.

Stats: OGC Nice having great starts this season as they sit in the 3rd spot on the league table with an outstanding game. And winning this game and their outstanding match will bring them close behind the League leaders PSG.

Troyes on the other hand are not consistent so playing against OGC Nice is a tough challenge.

Stats: The Visitors are in the 2nd position with three(3) points to catch the league leaders, the host is not at their best so the visitors winning this game is imminent.

Stats: The host last five(5) games have resulted in four(4) wins, scoring fifteen(15) goals and conceding three(3), whilst the visitors have won once and lost four(4), conceding eleven(11) goals and scoring three(3).

So the host is favorite here

Stats: Antwerp is leveled with the same points as the league leader and has also won all their last five(5) games.

The host on the other hand is yet to win in four(4) games of which they have conceded eighteen(18) goals.

Tip: Away wins and scoring over 1.5 goals

Stats: Young Boys are in the 2nd position with two(2) points behind Basel the league leaders so winning this match is a must. Besides that, both teams' last five(5) meetings have resulted in at least four(4) goals scored of which the host has won four(4) games.

Stats: Monchengladbach has won three(3) games in their last four(4) games whilst the visitors have won one(1) and lost two(2). The host is the favorite in this game as they have not been defeated at home in four(4) games.

Stats: The host has won four(4) games and a draw in five(5) home matches and the visitors on the other hand have won once in their last five(5) games.

The host, however, has an outstanding game and is five(5) points behind the league leaders so winning is possible.

Stats: The host has won all their last five(5) games whilst the away side has lost three(3), drawn, and won one(1) each, scoring two(2) goals in all.

So the host is the favorite to win.

Stats: Zenit is leading with 23 points and has won four(4) games out of their last five matches whilst the host has a win in five(5) games.

Stats: Out of five(5) games in their meetings, Liverpool have won four(4) of it and a loss, so they have an edge here considering their recent form also. They are also a point away from the top spot so winning here is imminent.

Stats: Chelsea is on top of the league table with just a point between the second so they will go into this game to win.

Stats: 3rd place Malmo are three(3) points behind the league leaders will try to level that with a win here.

The host on the other hand is currently at the bottom of the league table.

Stats: Crvena has won four(4) and drawn one in five(5) games this season and the home team has won twice and lost three(3), conceding eight goals (8).

Tip: Crvena wins and over 1.5 goals

Stats: The host is currently leading and would want to maintain that since they have seven(7) matches left to be champions.

Stats: Dynamo Kyiv is three(3) ahead of the 2nd placed team Shaktar Donetsk, so winning is a must. Besides that they have won all their last five(5) games, scoring at least two(2) goals. 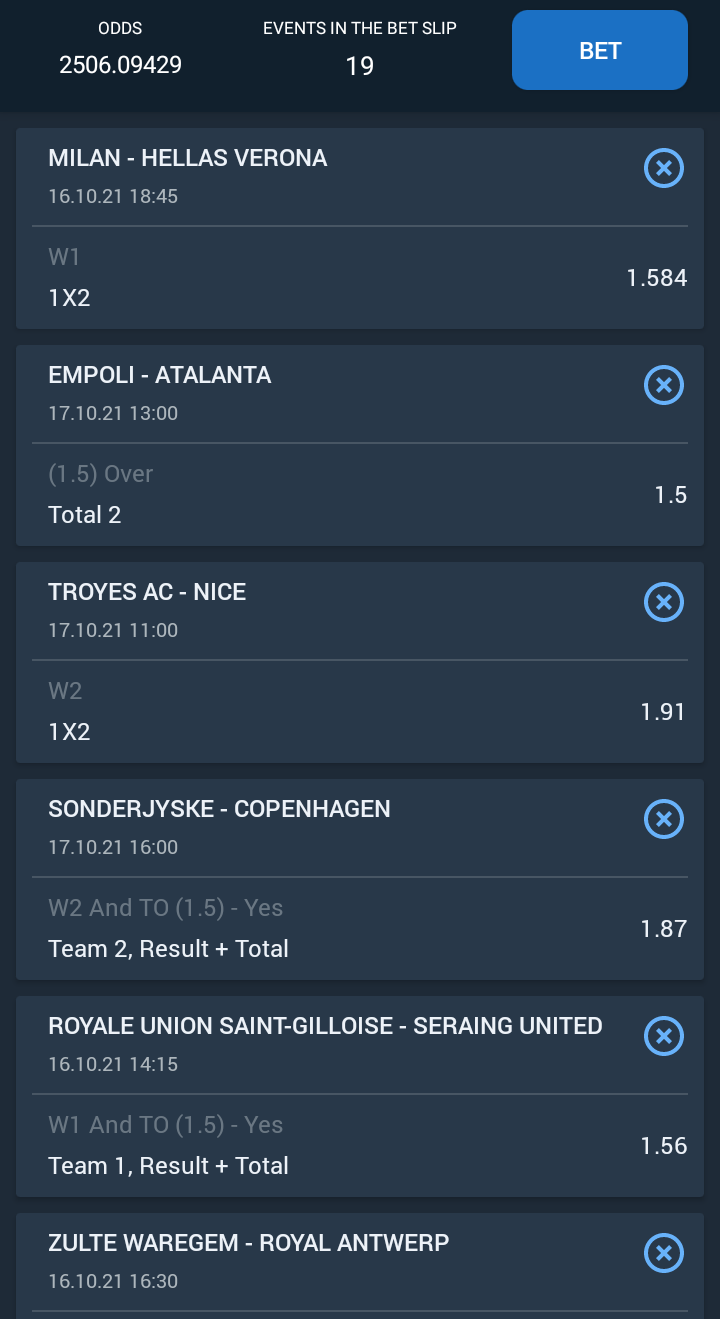