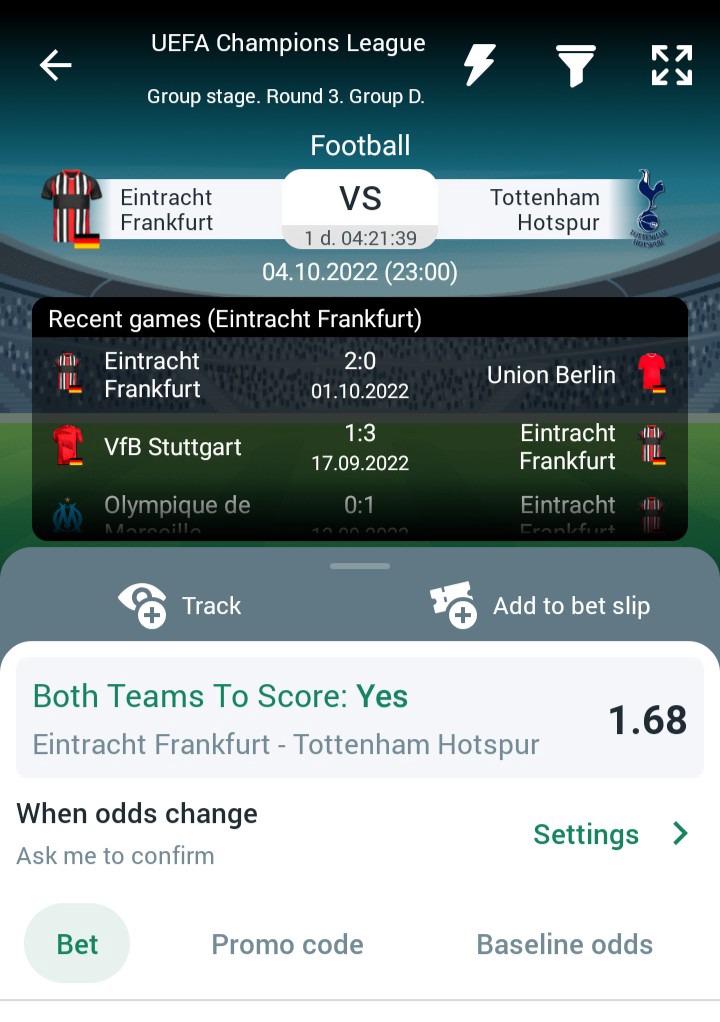 Both Tottenham and Frankfurt were expected to secure tickets to the Round of 16, but as of now it seems improbable. The two teams had poor starts to their respective campaigns, and are under pressure now to make amends.

Spurs did start with a win, as they registered a 2-0 scorecard at home against Marseille. But then they lost 2-0 on the road against Sporting, and this surely was an unexpected defeat.

Meanwhile, Frankfurt might be the reigning Europa League champions, but they too are finding it hard to perform well in the competition.

They lost in their opener itself, against Sporting. The defeat came for the Germans at home, and they conceded three unanswered goals.

They did manage to deliver a 0-1 win on the road against the dead-last placed Marseille next, and as of now they too are trailing three points below the toppers.

By the looks of things, expect a high-scoring affair this Tuesday at the Deutsche Bank Park.

Frankfurt scored three or more goals in three of their past six overall games, but at the same time they failed to keep clean sheets in eight of their past ten matches.

Moreover, they were also winless in 12 of their past 15 appearances at home, and they conceded three or more goals in two of their preceding five fixtures at this ground.

Going on, they failed to keep clean sheets in five of their last six road trips, but they managed to find the back of the net two or more times in four of their preceding six away games as well.

Considering these observations, expect a high-scoring affair this Tuesday between the two teams.