Bournemouth are a team that were promoted to the top flight only at the end of the last season. And they really are finding just how hard it is to stay afloat in the Premier League. Wolves who are trying to find form, will consider this upcoming encounter as an opportunity.

It is true that the Wolves are yet to register their first win of the campaign. But it needs to be considered that they had some tough fixtures to deal with along the way.

Anyhow they are desperate for a victory now and it appears that they might have gotten the perfect opponent.

Bournemouth got the thrashing of a lifetime the last game week from Liverpool. They were defeated with a 9-0 scorecard, and that too with star forward Mohammed Salah not at all contributing.

Bournemouth were able to start their campaign with a victory but ever since they have been on a 100 percentage losing record.

It also needs to be noted that only one other team has scored fewer goals than them, and there is no debate as to them being the worst defensive side in the whole of the tournament.

It was expected that they would find it hard to deal with the veterans of the top flight, but not to this extent.

On top of that they also have a poor head-to-head record against this rival over the years and taking into account all these observations it is inferred that the hosts will post the 3 points on the board.

Bournemouth are on a four-game winless run, and three of these were defeats. Importantly their latest fixture had ended in a 9-0 loss for them.

On the other hand, it is true that they did lose two fixtures so far in this season. But the defeats had come against Tottenham and Leeds.

For the reasons anticipate a victory for Wolves this Wednesday.

Tips for Bournemouth vs Wolves 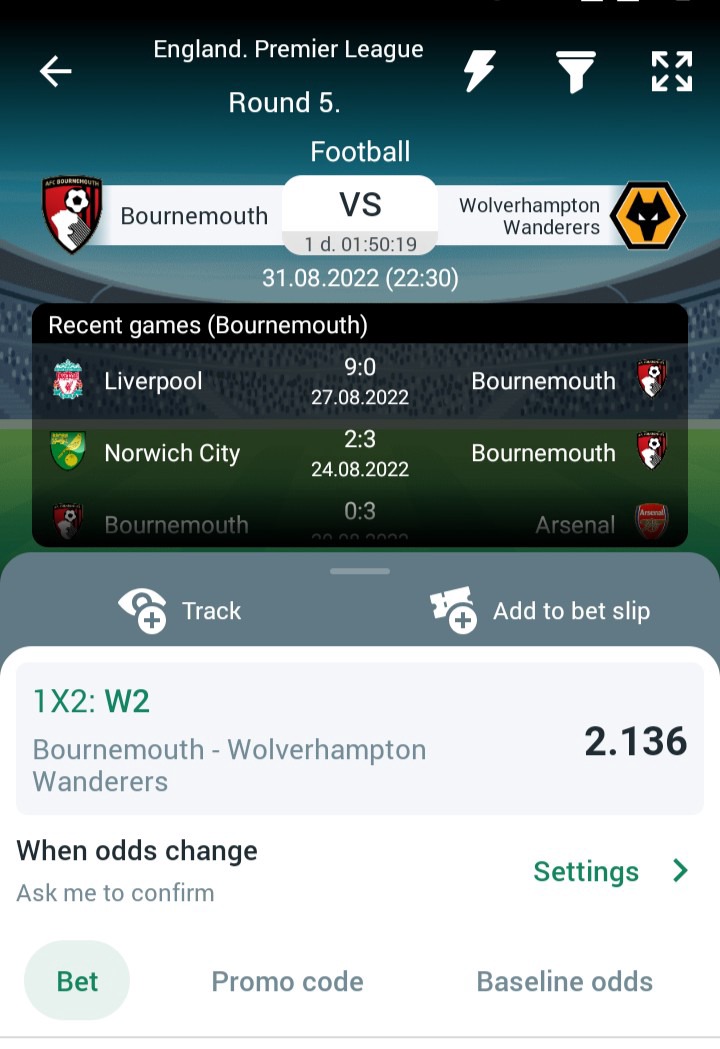