Lets make something out of these two-day champions league legs.

Note: This is/are not fixed or 100 percent accurate odds but they are just well analysed with high IQ and the probability of winning is approximately 90-98 % so stake wisely.

Real Madrid are in fine form but were held to a goaless draw at weekend against Villarreal but this Maldovan giants shouldn't be a worry or two because unless a miraculous intervention, they can't have a scratch on the Los Blancos.

Leipzig are actually struggling though but their big win last week should boost their moral now as they are not easily shrugged off at home. In other hand, Club Brugge produced a master-class performance against the highly anticipated title contenders PSG and I think they won't hesitate to do same here are the Red bulls stadium.

One of the biggest game of the champions league week without doubt. Man City are in high spirits after thumping Leipzig in a nine goal thriller but the Parisians will look to ammend mistakes here after after a frustrating draw at Brugge spirits should be High here and since they are unbelievable better at home, I think they will fancy their chances.

scoring a whopping 29 goals across their last six matches with injury strikened Turkish side who are a bit shaky and poor defense don't seems like stop the Amsterdam hungry boys.

Bayern are undefeated this season after the draw at Borussia Park on the Bundesliga match day 1 and ever since then they have not recorded any loose or draw in all competitions and goals ain't no problem to this guys.

Dynamo Kyiv are just unfortunate to meet Bayern at this point and I don't think they can hold or have any scratch at the Allianz Arena as it's formidable.

Ever since Ronaldo left the old ladies, they have not had their best and they struggling but their last three wins is a plus for them after scoring 3 goals each in those matches.

However the EPL giants Chelsea were unbreakable until Manchester City beat them at Stamford bridge in a very crucial match but they are still strong though and are waiting to venge their anger upon Juventus. With Dybala and Arthur out and Morata too in doubt.

Prediction: Chelsea win or over 2.5

Benfica started the campaign with a goaless draw at Kyiv but they in high spirits though as they are unbeaten in 12 competitive matches.

Barcelona are having a bit of worrying performance after so many injuries and the departure of Messi but these Portuguese giant shouldn't shrugged them off easily.

Note: These are not fixed odds but are 95-98 % accurately analysed.

Stake wisely and thank me later. 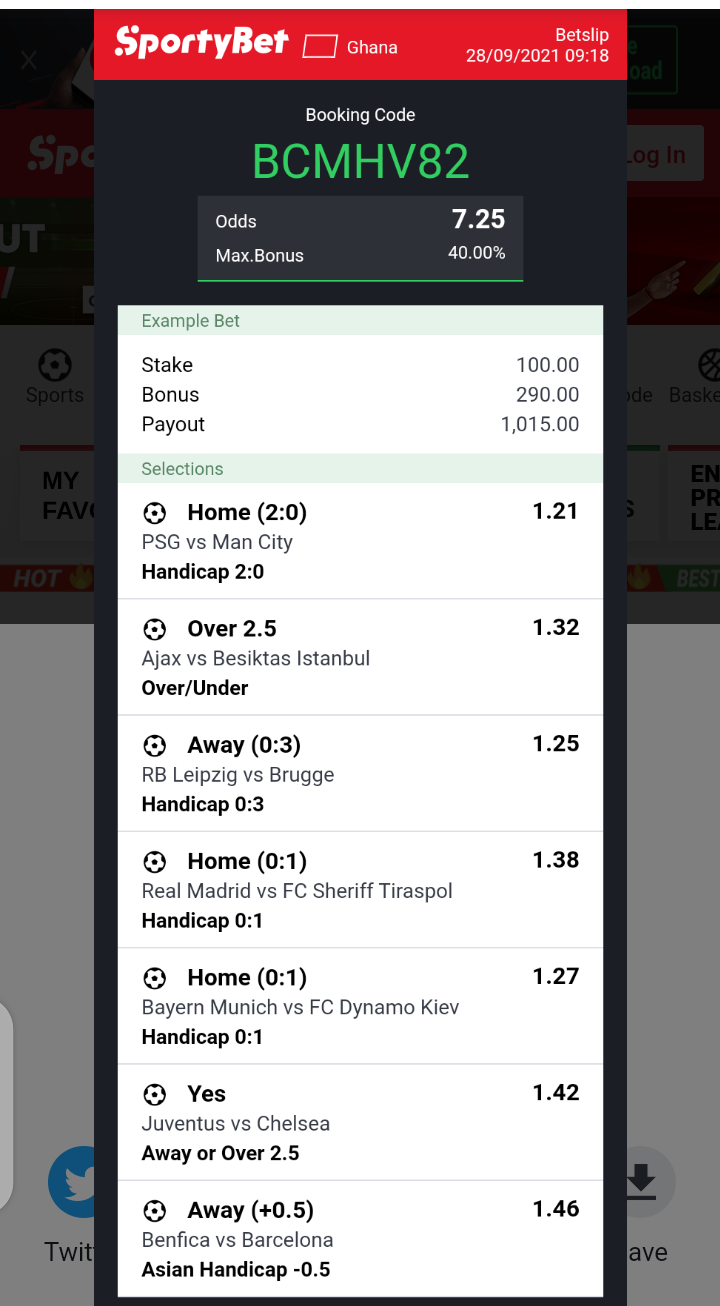