Tuesday Betting Tips. Check out how these teams will put money in your pocket today.

By Baggio4u (self meida writer) | 1 months

Betting has become a greater part of our daily lives. Many people across the globe use sports betting to enrich their lives. But on the other side, it can easily make you go broke if you don't control your betting instincts and bet wisely. 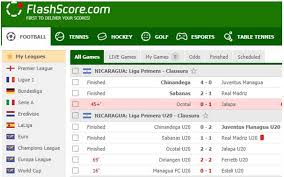 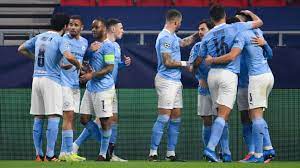 A 2-0 first-leg win has Manchester City in pole position for a fourth consecutive appearance in the UEFA Champions League (UCL) quarter final, and made it 616 minutes of UCL play without conceding. Subsequently, another clean sheet here will see City leapfrog Juventus (690 minutes) as the team with the second-longest run without conceding in UCL history (qualification excluded).

If there’s one stumbling block for City, it’s that this ‘home’ leg is being played in neutral Hungary, albeit that’s also where the ‘away’ leg was held! However, history is on their side as the Manchester outfit have progressed from all 11 European ties in which they won an away first leg. Their recent form is pretty-much impeccable too, with City winning 23 of their last 24 competitive matches, and scoring three uninterrupted goals in three of the last four (W3, L1).

What’s also in their favour is that Borussia Mönchengladbach are enduring a six-game losing run across all competitions - the last time they recorded a run with more defeats (eight) was in the same month and year (November, 1989) that the Berlin Wall came down! All of that implies Gladbach won’t improve their H2H record here (W1, D1, L2), or score the opening goal for just the second time across their last ten competitive matches (W1, D2, L7).

Playing their first knockout tie in UCL/European Cup competition proper for over four decades, Gladbach have at least kept a first-half clean sheet in their last four defeats (HT: W1, D3), albeit they conceded before the break in the previous four H2Hs (D1, L3). Manchester City will surely win the game to advance to the next stage. 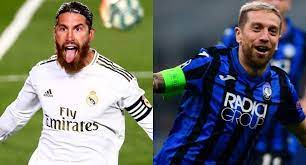 Real Madrid lead 1-0 on aggregate, and history is on the Galacticos’ side, with Real having not failed to reach the quarter-finals in 3+ successive UEFA Champions League (UCL) appearances since a spell between 2005 and 2010. Either way, this should be over in 90 minutes, with 70% (W6, L1) of their last ten Round-of-16 (R16) home ties being settled by a 2+ goal margin.

In addition to scoring exactly twice in the first half in each of their last two UCL games on home soil, 13-time winners Real also enter this clash after no defeat in seven La Liga matches (W5, D2), despite leading at HT just once (HT: W1, D5, L1). All five first halves drawn within that sequence saw no goals scored at all.

Visitors Atalanta have won three of their last four matches by a 2+ goal margin, averaging 2.5 goals per match inside the 46th-60th minute across the two most recent victories. ‘La Dea’ remain an unpredictable side in Europe, with all of their last eight UCL fixtures (W3, D2, L3) producing a result different to the one before it.

With both draws in the above sequence seeing Atalanta score last, the Bergamasque side can never be ruled out until the bitter end. Additionally, Atalanta have won five straight UCL away matches. Four of those victories saw the decider come between the 60th minute and FT.

Real Madrid will surely win this game to advance to the next stage of the competition. 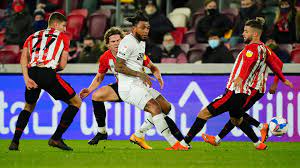 Whilst Derby County have climbed out of the relegation zone under new manager Wayne Rooney (W6, D2, L6), they are winless for five games with four of the five seeing them fail to even score. In addition, five of Derby’s last six matches saw under 2.5 goals, as well as the reverse H2H which ended 0-0.

To worsen matters for the hosts, the ‘Rams’ have conceded a first-half opening goal for two home games on the trot (D1, L1). Yet that aside, Derby haven’t lost when scoring first at home this season in league-action (W5, D3), and have scored 87.5% of such eight opening goals in the first half, and by extension, haven’t lost a match here when leading at the HT break (W5, D2).

Firm favourites to make the play-offs, Brentford are otherwise dithering in and out of the automatic promotion spots and need a win here to keep in the top-two race. However, after winning ten league matches this term by two or more goals, the ‘Bees’ are seemingly treading a fine-line of late, as their last two matches have each ended 1-0 (W1, L1).

Whilst Brentford’s last three visits to Derby have averaged 3.67 match goals, the Bees’ last three league awaydays each finished with under 2.50 match goals scored. All this considered, neutral supporters may consider this fixture a difficult one to predict given Brentford’s close overall competitive H2H record since 1935 (W12, D10, L15).

Brentford is in a toe position to at least get a point from this game. 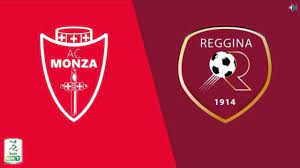 Monza is in mixed form in Italy Serie B and they won 6 home games at Stadio Comunale Brianteo.

Reggiana is in poor form in Serie B and they won three away games.

Monza won one time in their past four meetings with Reggiana.

Monza is expected to defeat Reggiana. 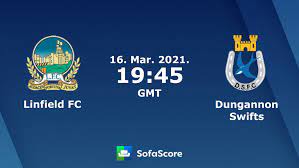 Linfield is in mixed form in Northern Ireland Premiership and they won 10 home games at Windsor Park.

Dungannon Swifts is in mixed form in Premiership and they won four away games.

Linfield won 34 times in their past 45 meetings with Dungannon Swifts.

We expected the host to pick all the maximum points.

These teams have a higher probability to win today. We have confident that they will provide the needed outcome.

Share for others to get the opportunity to also make some money. Thanks for reading.