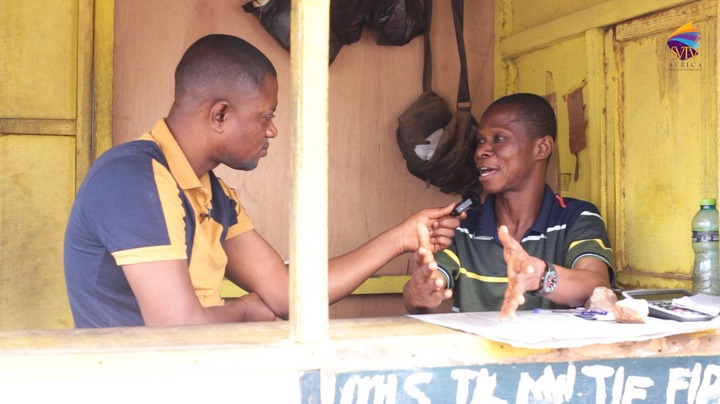 Lotto writer Emmanuel Tetteh quit his job in a company to write the lotto and has won big twice since he began.

Speaking on SVTV Africa’s program, Daily Hustle, Mr Tetteh revealed that he had worked in his previous job for 19 years, but he had to quit because his salary was not sufficient. After that, a friend introduced him to the lotto business, which he has been doing for the past eight years.

The 55-year-old disclosed that he won GHS12,000 in the initial year. He mentioned that he “realised that the job would help, so I continued doing it despite being a church usher. Many people thought I backslid because of it, but I had no choice.”

Eventually, Mr Tetteh won GHS40,000 from staking GHS200. He mentioned that it has helped him “build a home, sponsor my children’s education, etc.

According to Emmanuel, he aims to establish a business to sell building materials. The father of five told DJ Nyaami that some people ridicule his children for his work, but he remains unperturbed.

“My children often tell me to quit because of what people say, but that is what gives me daily bread. Aside from having five children and a wife, I cater for my brother’s children too. This is all I do to support them,” he added.