Both Porto and Braga have been two of the best teams in the Portuguese top flight this season, and they are placed second and third in the table at the moment – deservingly.

Right from the start of the campaign, these two are scoring goals in huge numbers, and to complement it they are delivering good defensive displays as well.

However, arch-rivals of both teams, Benfica, are placed at the top of the table. And this is something either team will not all be pleased about.

As such, a win is a must for either team this Friday, and judging their form and previous h2h clashes, it is expected that we are about to witness a goal-fest.

Porto were unbeaten in 38 of their previous 43 overall fixtures, and of the five total defeats during this stretch, three had come in European games.

In the process, they also went on two separate ten-match winning streaks, and another five-game winning run.

It also deserves to be mentioned that they won 12 of their past 13 appearances at home.

Considering these observations, as well as past h2h clashes, chances are high for goals to come in huge numbers this Friday.

Tips for FC Porto vs Braga 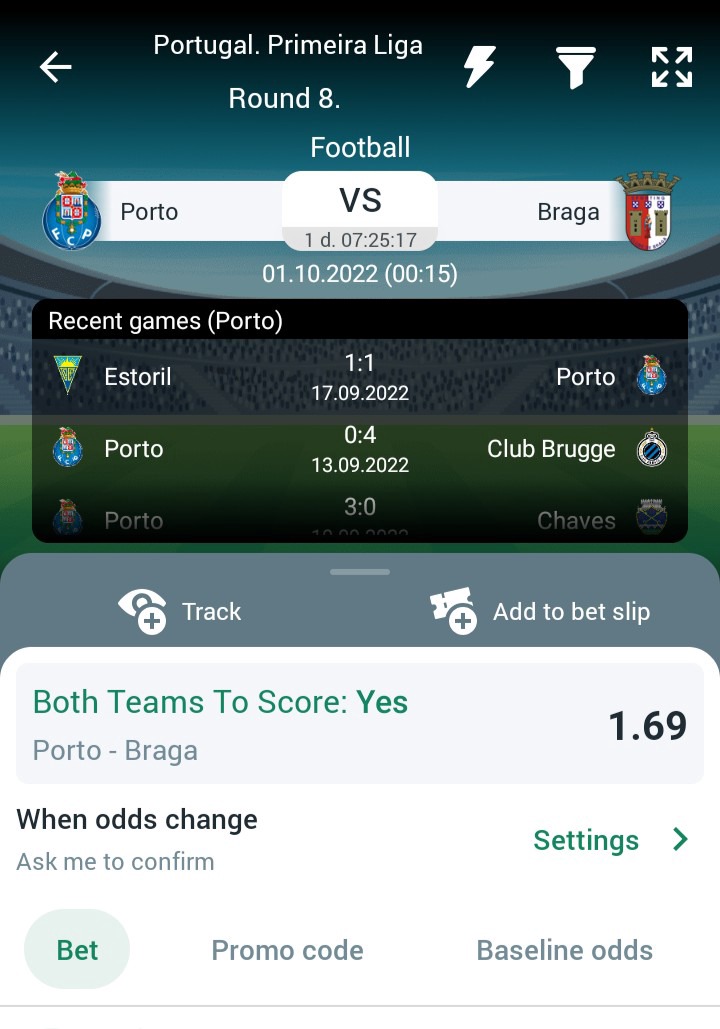