Netherlands and Belgium are placed in the first two spots in the group at the moment, and are battling it out each other for the top-most position, which will gift them a ticket to the semis.

The Dutch are at the top of the table, and they are unbeaten so far. In fact, disregarding a single draw, they have a 100% winning record. They also scored the most number of goals in the group, as well as conceded the least.

It also deserves to be mentioned that they are on a long series of impressive performances at home, and by all means they built a huge momentum as a result.

Do also note that they scored goals in plenty all through this stretch.

Meanwhile, the Belgians are ranked second in the world, and they are determined to snatch the first position away from Holland.

Going on, goals came in plenty whenever these teams locked horns in the past as well.

Judging these observations, expect a high-scoring affair between the two teams this weekend at the Johan Crujiff Arena.

The Dutch are on a 12-game unbeaten run, and impressively 9 of these were wins. Do also note that they scored two or more goals in ten of their past twelve fixtures. 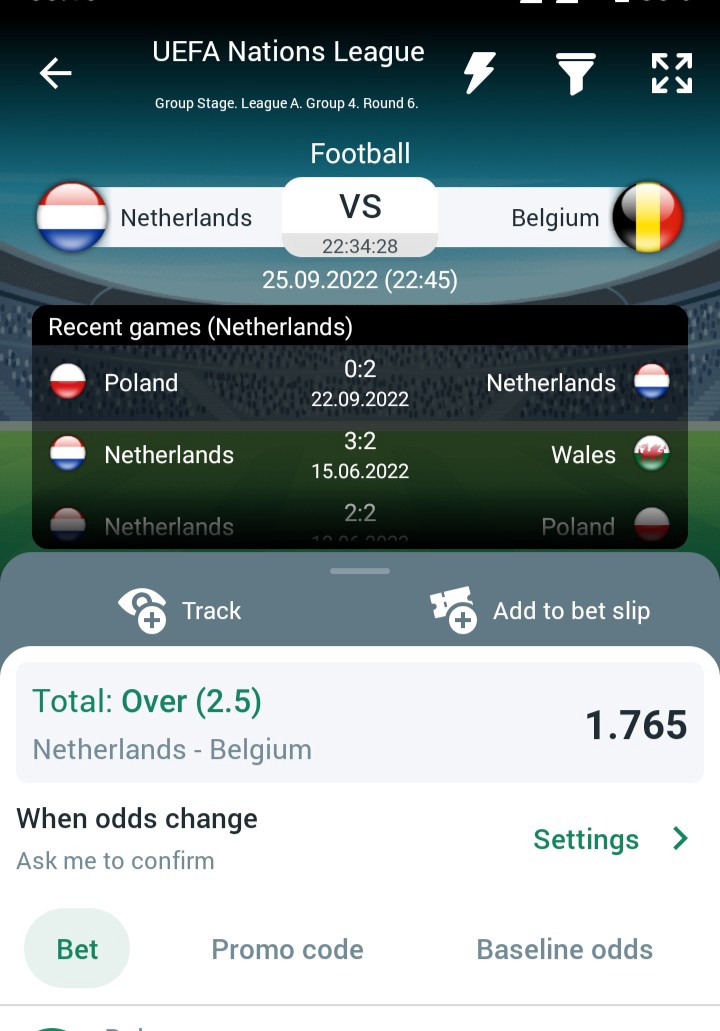 In fact, in the last four years they lost only against Italy, France, Netherlands, and England – some of the absolute best squads in the world.

Moreover, most of the previous h2h meetings had goals in huge numbers.

For these reasons, expect a high-scoring affair this Sunday.

Tips for Netherlands vs Belgium