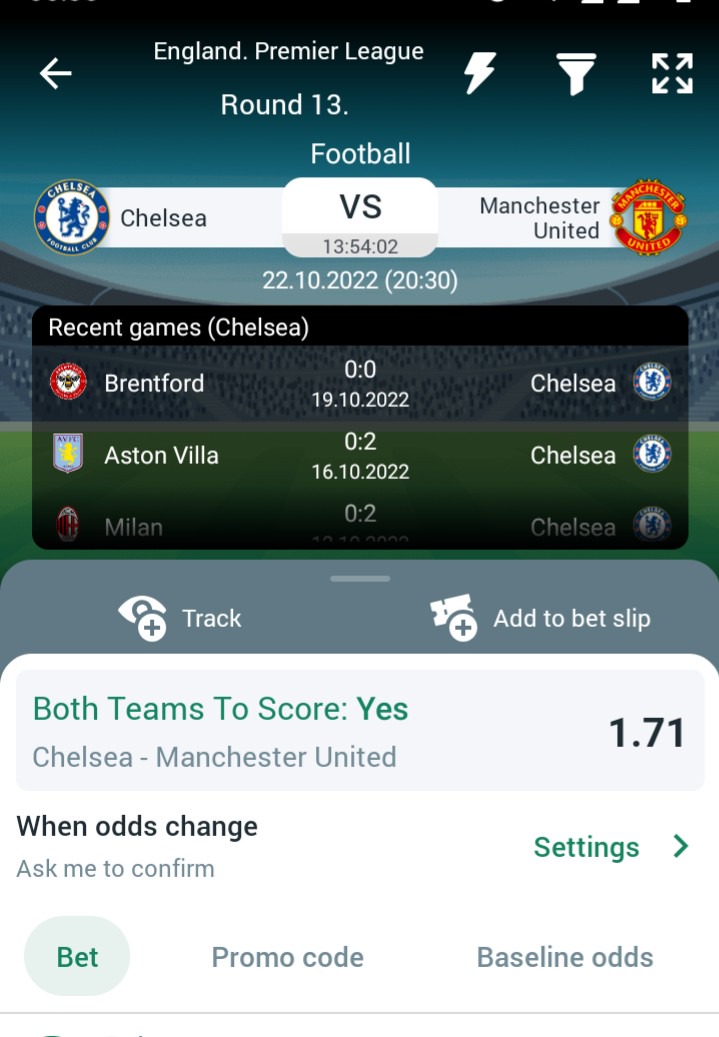 Chelsea as well as Manchester United are in pursuit of a European spot for sure, and after that their objective would be a podium finish.

Coming to the Blues – they are one of the two teams in the entire league to have remained unbeaten in the past five match-days. Four of these were wins, and importantly they are on a perfect unbeaten run at home since April.

And this stretch of performances include clashes against AC Milan (Champions League), Leicester, Wolves, Tottenham etc.

It is also to be noted that they scored two or more goals in six of their previous seven appearances at home.

On the other hand, the Red Devils are on an unbeaten run since their loss against arch-rivals City. In fact, barring a draw against Newcastle, they have a winning record during this stretch.

Considering the recent form of both teams, expect goals to come from either end of the pitch this Saturday.

The Blues have a perfect winning record all through October barring a draw, and they have been in phenomenal form at home for the past six months. In fact, their latest defeat at this venue came back in April, against Arsenal.

On the other hand, the Red Devils are also consistently finding the back of the net, and they are absolutely desperate to secure a top-four finish. They just cannot go two seasons in a row without the Champions League.

As things stand, expect either team to find the back of the net this weekend.

Tips for Chelsea vs Manchester United