Friday Betting Tip: Check out how these teams will make you some money today

By Baggio4u (self media writer) | 1 year ago 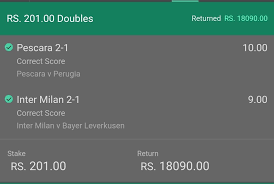 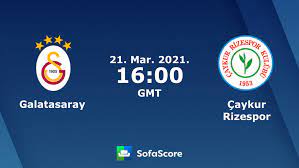 Galatasaray is in good form in Turkey Super Lig and they won 9 home games at Türk Telekom Stadyumu.

Rizespor is in mixed form in Super Lig and they won one away game.

Galatasaray won 12 times in their past 23 meetings with Rizespor. 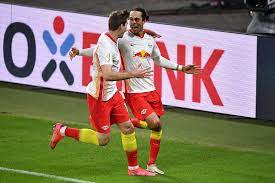 A shock 2-1 win at Bayer Leverkusen last time out hauled Arminia Bielefeld out of the drop zone for the first time since matchday 18, but they must now face Bundesliga giants again as title-chasing RB Leipzig come to town. With the division’s second-worst tally of defeats (W6, D4, L15) and the second-worst attack (0.8 goals scored per match), claiming a second win of the season against top six opposition looks a tough ask for the hosts.

Bielefeld are winless in four home games (D1, L3) after failing to score in the last three, which is no surprise considering their misfiring attack. Their home games appear to follow a simple rule: the team that scores first wins, which has been the case in all 12 home league fixtures that didn’t end in a goalless draw (W4, L8).

Unbeaten in Bundesliga games played on a Friday, notching up a league-high win-rate of 81.81% when playing on this day (W9, D2), Leipzig look set to continue that considering their seven-game unbeaten league run (W6, D1) - the division’s current longest such streak. Across that run they kept a clean sheet in four wins, and never conceded between the 20th and 60th minute.

The visitors have won their last three Bundesliga away games 3-0, but are yet to win four consecutive away league matches this term. Interestingly, when keeping a clean sheet on the road this Bundesliga season Leipzig have always won (W6), but the most they’ve managed when conceding is a point (D4, L2).

Leipzig is really expected to win this game. 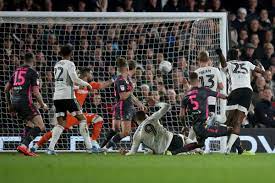 Fulham’s 3-0 Premier League (PL) defeat to Manchester City kept them in the relegation zone but they’ve still got a decent chance of playing top-flight football next term. However, to do so they must get back amongst the goals having scored just five times across their last eight league fixtures (W3, D3, L2).

Furthermore, they’ve netted an average of just 0.53 goals per home league game this season (W2, D4, L9) with both wins coming against the two sides below them. Failure to score in seven of their last nine PL home matches highlights the issue, even if their recent revival has owed plenty to defensive resilience – they’ve now kept a clean sheet in exactly one-third (five) of their home PL games this term.

Another one would be welcome here as no side’s league fixtures this term have produced more goals on average than Leeds United’s (3.18), despite their goalless draw last time out with Chelsea. However, the Yorkshire side are seemingly stumbling towards the end of the season and while no longer in the top half, they’re well clear of the relegation zone.

Yet to draw an away league game this term (W6, L8), the ‘Peacocks’ have lost each of their last three such fixtures whilst conceding an average of 2.33 goals per game therein. Also ominous for Marcelo Bielsa’s side is that the away side on the day hasn’t won any of the last nine competitive H2Hs at all venues (Leeds: W2, D5, L2).

Both Teams are capable of scoring

A return of just two losses from their previous eight Ligue 1 (L1) outings (W4, D2, L2) has helped St Étienne put some distance between themselves and the relegation zone. That form has been built on strong performances after the break, as St Étienne registered a second-half clean sheet in those six won/drawn matches, helping them remain unbeaten after registering a draw at HT this campaign (W4, D5).

However they have won just one of their last 12 top-flight home outings (D6, L5), but luckily ‘Les Verts’ face a side here that they’re unbeaten against in ten of the previous 11 H2Hs held at the Stade Geoffroy-Guichard (W6, D4, L1). Notably, this game could see a quick start as the opener has been scored within 20 minutes in five of St Étienne’s last seven L1 home fixtures.

Sitting just outside the L1 top three, in-form Monaco have lost just one of their last 14 league matches (W10, D3), whilst keeping a first-half clean sheet in the previous four. However, they’ve also failed to score in two consecutive L1 fixtures (D1, L1), and a third scoring blank would mark their longest such run in a single L1 season since April 2010!

On the road, the visitors were enjoying a run of six straight wins in L1 - scoring first within 15 minutes on four occasions - before suffering a 1-0 loss in their last top-flight road trip. That result continued a recent trend though, as Monaco have lost every away fixture (of five) in which they’ve conceded the opener this campaign. The guest are poised to pick at least a point from this game. 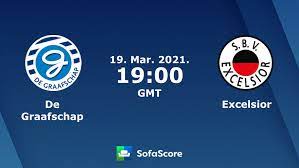 De Graafschap is in good form in Netherlands Eerste Divisie and they won 10 home games at Stadion De Vijverberg.

Excelsior is in poor form in Eerste Divisie and they won five away games.

De Graafschap won 8 times in their past 21 meetings with Excelsior.

De Graafschap is expected to defeat Excelsior with at least two or more goals.