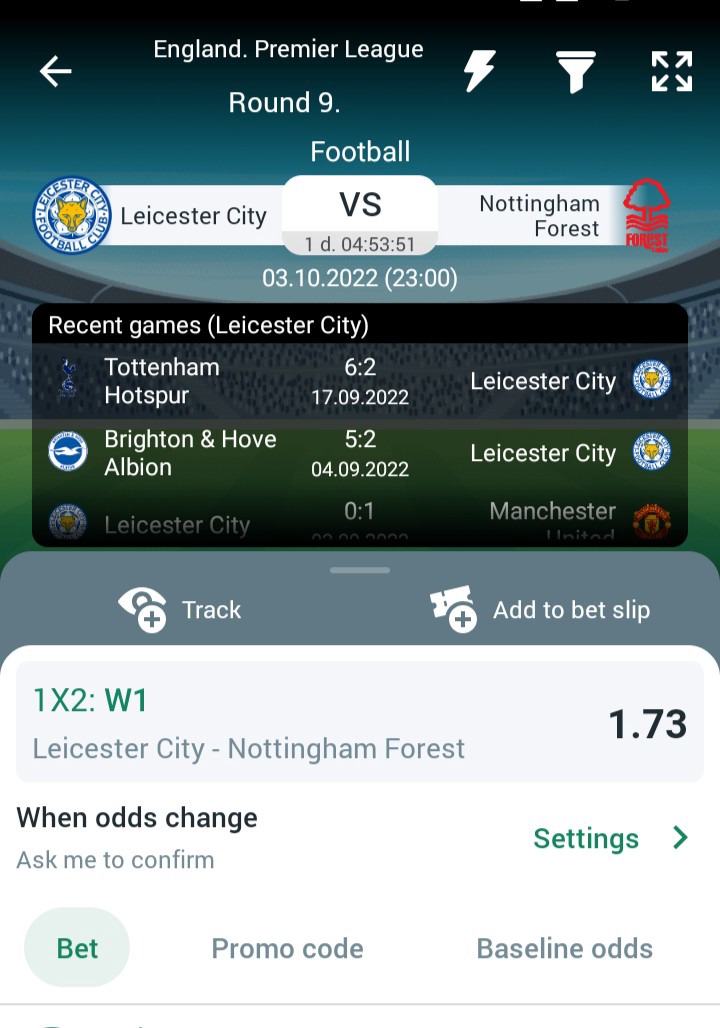 Leicester face off with away team Nottingham Forest at King Power Stadium in the Premier League game on Monday.

Nottingham finished the previous term of English Championship at the 4th position. Further then, they advanced it into the topflight by claiming their spot through the play offs.

Going on, Nottingham is currently on the back of four successive defeats, showing huge problems in an attempt to adapt to the elite class football from the beginning.

Head coach Steve Cooper’s problem lies in his team’s defensive line which had allowed a total of 18 goals in the previous 4 games.

Meanwhile, Leicester will come into this match off the back of one toughest defeats. They conceded 6 goals in a demolishing English Premier League loss to Tottenham in the previous match-day.

Brendan Rodgers generally has problems with the lack of meticulousness in his team’s back line since Leicester have not kept a clean sheet so far in the season.

However, they have a decent firepower on display and we can see them scoring a total of 4 goals from the past 2 league fixtures and It will be very interesting to see whether Leicester will be able to exploit the obvious holes in Nottingham’s back line.

The Foxes will be highly motivated to fix the impression from the humiliating Premier League defeat against Tottenham in their previous matchday and we expect them to produce a strong showing 3 days later against Nottingham Forest.

Check How Afriyie Barnieh Made Hearts of Oak Proud

Genuine and fastest way to open your spiritual eyes