Scotland and Ukraine are placed second and third in the group table, and with the group stage campaign having entered its final stages, the two teams are under extreme pressure. 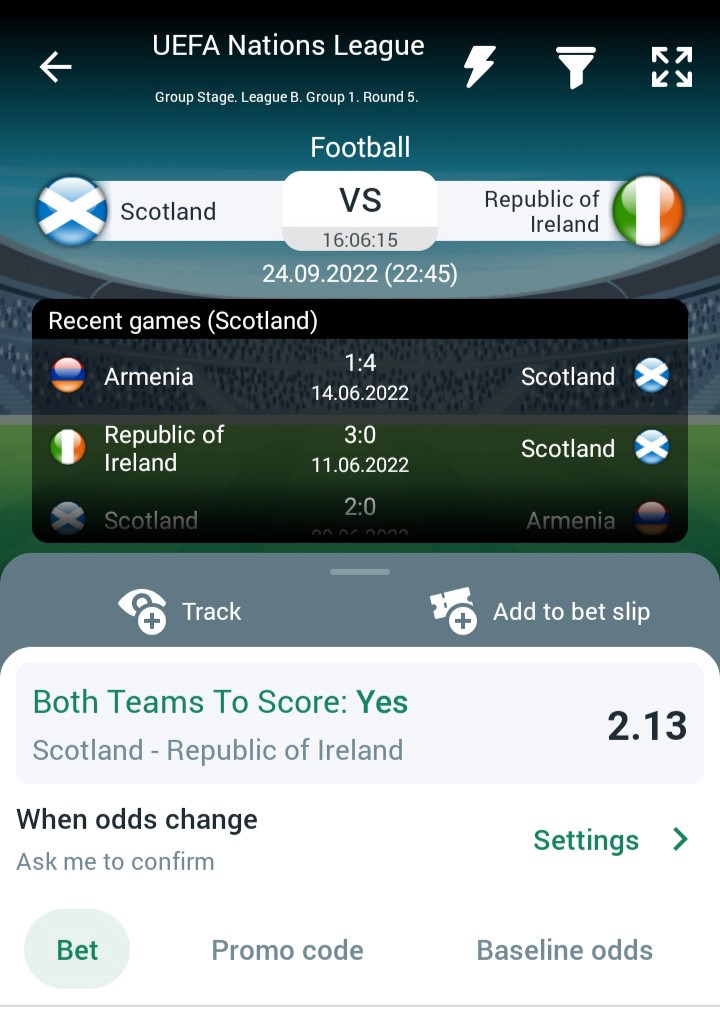 However, one thing that needs to be noted is that their only defeat in the competition came against Ireland – against whom they will be lining up this Saturday. This is surely something that would be worrying the Scottish camp.

Meanwhile, the Irish remained winless all through the campaign so far, disregarding their fixture against the Scots. They started their campaign on a two-fixture losing streak, and failed to keep clean sheets in all but one game.

But they did manage to deliver a win with a three-goal margin against the Scots, and as such they will be high on confidence.

As things stand, expect a high-scoring affair this weekend between the two teams.

Four of the last five fixtures of Scotland had three or more goals, and they scored two or more goals in six of their former ten matches. They also lost just once at home in the past 15 months.

On the other hand, Ireland were unbeaten in 13 of their past 16 overall matches, and they scored two or more goals in five of their past ten games. They also scored goals in plenty in road matches lately.

Furthermore, goals also came in plenty whenever these two teams locked horns in the past.

For these reasons, expect a high-scoring affair this Saturday between the two teams.

Tips for Scotland vs Ireland