Villarreal will have a nice opportunity to make it four consecutive matches without a conceded goal on Sunday afternoon when they host Elche in the fourth round of La Liga.

Unai Emery’s men are rock-solid at the back at the beginning of the season. They have kept their net untouched in all three opening games in the league despite playing all of them on the road.

Villarreal’s home court Estadio de la Ceramica is in the process of renovation right now and El Submarino Amarillo are forced to play the home matches at Estadio Ciudad de Valencia as a consequence.

This is why they have played all three opening outings on the road so far in the season. Nonetheless, Villarreal have seven points from these three games.

Last weekend’s goalless draw at Getafe terminated Villarreal’s two-win thread in the league. Nevertheless, it was a match Unai Emery’s men well deserved to win but got unlucky not to convert in the final third.

Elche, on the other side, have just one point after the inaugural three rounds of the season. They have scored just one goal in the process, courtesy of a second round’s home draw to newly-promoted Almeria.

Elche’s lone away fixture ended in a tough 3-0 defeat to Real Betis on the opening day. The team led by Spanish manager Francisco have generally struggled to perform on travels in the previous term of La Liga as well, losing 12 of 19 league outings on the road last time out.

The home win to nil has to be the way to go based on everything written above. You can back this scenario at the 2.00 odds since Villarreal are yet to concede a goal in this term of La Liga.

Alternatively, Villarreal’s win in -1.5 Asian Handicap is another decent betting option if we know that Elche are not pulling up any trees at the beginning of the season. 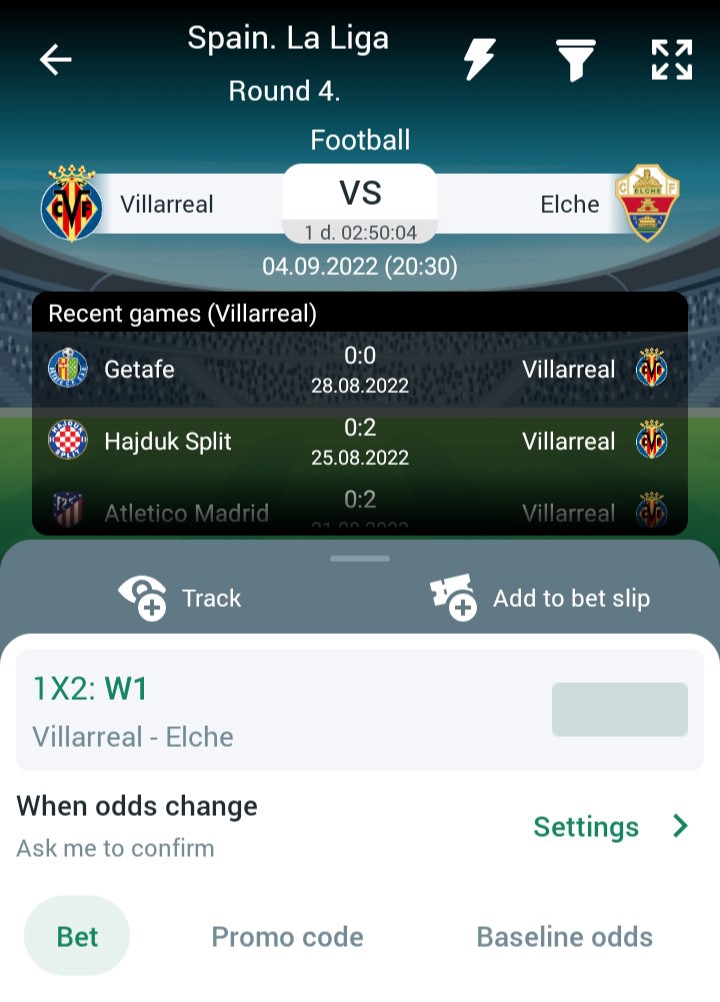