Without wasting time let's get straight to it.

Tip: Both teams to score and over

So both teams have a history of scoring and it will not be a surprise if it reflects here.

Tip: Pisa wins or both teams to score and over

Reason: Pisa this season is on fire as they have won all their three(3) league games scoring at 2.33 per game whist the home team has lost its three(3) games this season, conceding at 1.88 per game.

As this season is concerned Pisa wins and if it's history for both teams then both teams to score.

Reason: The home team has won two(2) league games and lost one(1) this season scoring at 1.88 per game whist the away team has lost all their three(3) games conceding at 3.33 per game.

So home wins and scoring at least two(2) goals are possible.

Reason: SC Freiburg has not lost to the start of the season with two(2) wins and two(2) draws scoring at 1.5 per game, and the home team has won three(3) and lost one(1) on away this season.

So I suspect both teams canceling each other.

Reason: The home team are yet to win as they have drawn three(3) and lost one(1) this season scoring at 0.77 per game whist the away team have won once(1) and lost(2) in their last four(4) games scoring at 2.0 per game. 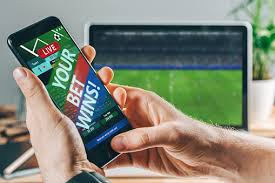 1. Both teams to scoring and over 2.5 goals (as it did happen in my last article)