Italy and England were on the wrong end of drubbings three months ago when they suffered tough defeats to Germany and Hungary respectively.

Azzurri are, however, in a much better situation going into this Matchday No 5 tie as they are just two points shy of Group C leaders Hungary.

England, who are the only team in the section without a victory so far in the competition, have collected just two points in four games.

The Three Lions will be highly motivated to avoid the last place in the group and the drop to League B in the next edition of the tournament.

All of the mentioned players have been enjoying a great spell of form for their respective clubs (namely in the Premier League).

Kane and Foden were on target last weekend in their side’s respective victories, while Ivan Toney has earned his debut cap for the national team thanks to his phenomenal displays at Brentford.

Looking at the current rosters and knowing that England are in a must-win situation if they want to avoid the drop to League B in the next term, we are more than tempted to take the 2.62 odds for the away win bet.

Harry Kane has been fantastic for Spurs so far in the season. He has a goal and an assist in the drubbing of Leicester last Saturday. You can back England’s talisman to score anytime at the 2.75 odds. 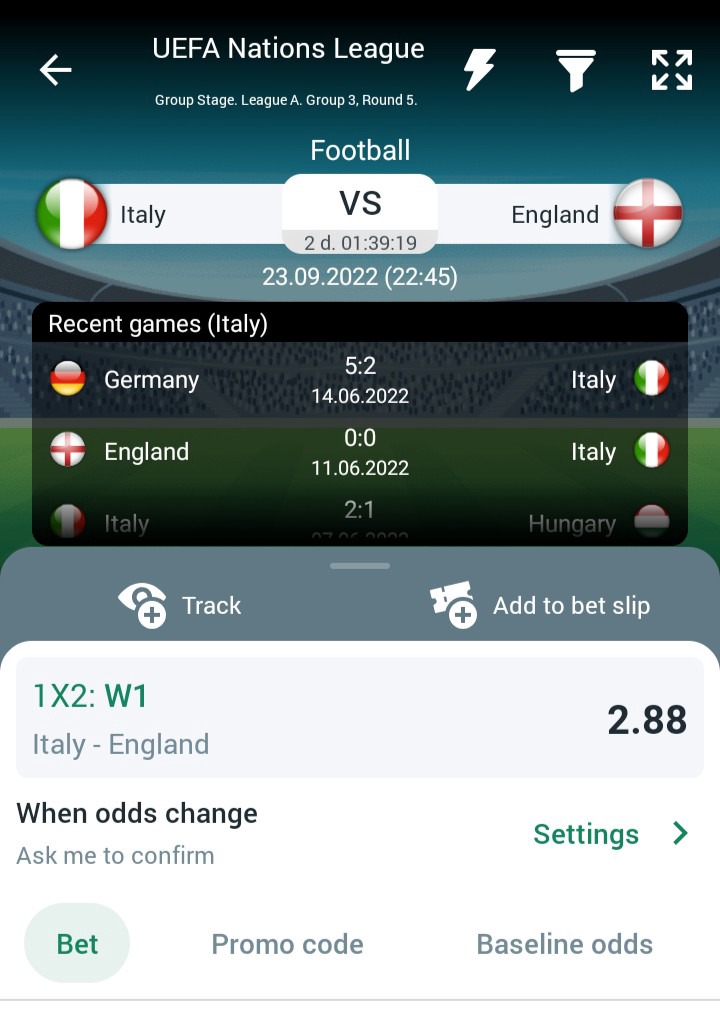