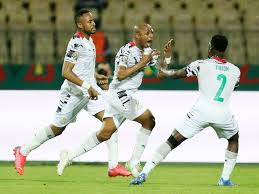 The journey to the next round of the African Cup of Nations is turning into an uphill task for most countries vying for the prestigious trophy of which Ghana is a victim as they struggle to record a win in the group stage in Cameroon.

Having lost to the in form Morocco and held to a 1:1 draw with Gabon in the first two games respectively, let's consider top predictions , statistics etc concerning Ghana's last game in the group stage against the minnows, Comoros.

Ghana has had themselves embarrassed in a jaw-dropping circumstance as they were once counted a top contender believed by football fans to clinch the AFCON title this time but with unimpressive performances already , winning against Comoros becomes imminent.

Comoros as a team has also performed poorly this time losing all the two games against the North African heavyweight Morocco and Equatorial Guinea.

Ghana as a matter of urgency ought to dismantle Comoros who lies in the bottom of the group C table to ensure they stands a chance of moving to the 2nd position other than that a slight triumph over their last contenders , Comoros could seal them the qualification as one of the best 3rd place teams.

With regard to sports betting, the players of this game should endeavor to consider and follow these betting tips in order to make money.

It would be the third time Ghana is playing against Comoros in a competitive competition. The last time those teams met was way back in 2015 in a qualification fixtures.

In the first fixture, Comoros vs Ghana on 13th November 2015, resulted in a stalemate, 0:0

The return leg took place in Ghana where the Black Stars of Ghana cruised past Comoros in a 2:0 encounter thanks to the goals from Mubarak Wakaso and Jordan Ayew who netted the goals within the 18th and 85th minutes respectively.

Comoros has resorted to a 4:1:4:1 formation looking at the recent match they played with Morocco 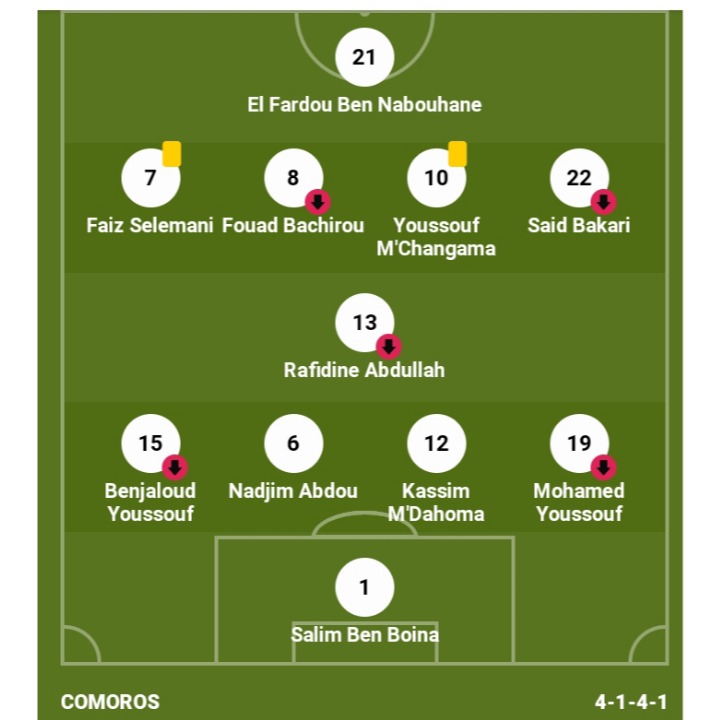 It will be difficult for Comoros to qualify to the next round at the expense of Ghana but in the game of football anything can happen.

With their usual 4:1:4:1 formation such a formation can easily be overshadowed by Ghana due to the lackluster performance put up by Comoros.

Faiz Selemani and Youssouf M'Changama were those pacy midfielders of Comoros facing a yellow card dilemma as they obtained yellow card each. 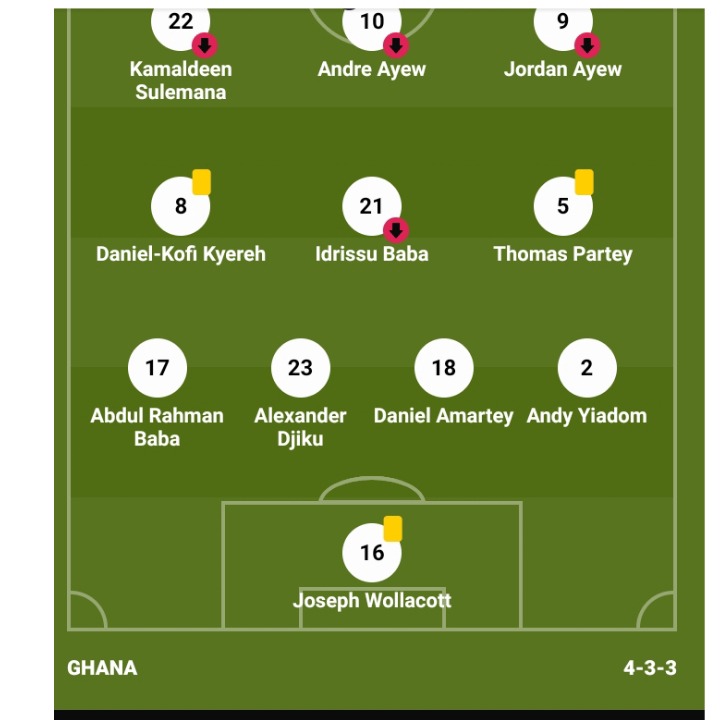 Ghana would enter into this game with their usual 4:3:3 formation to accommodate Kamaldeen Sulemana, the Ayew brothers.

Iddrisu Baba who play for Real Mallorca in the Spanish La Liga got a slight knock that forced him out of the pitch but as the case stands, Edmond Addo of Sheriff Tirapsol would definitely step into his shoes to play along with Thomas Partey and Daniel Kofi Kyereh of St Pauli in Germany.

A massive win for Ghana and a fall for Gabon against Morocco would definitely uplift the Stars into the second position as well but per the head to head statistics of Morocco and Gabon, out of the eight matches they have played against each other, Gabon outweighs Morocco with four wins three matches remaining at draws and with just a single win for Morocco.

Such a record proves how efficient Gabon look ahead of the match expected to be played tomorrow and losing to Morocco looks unlikely.

With Ghana's injury crisis on the brink, Ajax Amsterdam sensational Mohammed Kudus , Mubarak Wakaso, RTU bound player David Abagna still remain on the sideline with injuries whereas Benjamin Tetteh who received a red card for punching the Gabonese player is still serving the ban imposed on him by the Confederation of African Football Disciplinary Committee.

The following predictions must be considered closely in order not to loss their capitals invested in this fixtures.

Count on Ghana to record a comfortable 3:0 victory against Comoros which can also occur as over 0.5, over 1.5 and over 2.5 goals in this game.

The most criticised player of the Black Stars in the person of Jordan Ayew who scored against Comoros in 2015 is expected to put the disastrous encounter in the first two games behind and record the first goal for Ghana.

Over 8.5 corners should be expected as well because of how strong this game is going to be as Ghana plays against the resilient Comoros.

The Group C matches take place exactly at 7 pm at Garoua in Cameroon with referee Boubou Traore set to officiate the game on Tuesday 18th January, 2022.