Benfica fully justified the favorites tag in the first leg of the UEFA Champions League third qualifying round against Danish Superliga runners-up Midtjylland.

The Portuguese outfit stormed past Midtjylland seven days ago at Estadio da Luz, netting four goals inside the opening 60 minutes of the affair.

Former Celta Vigo star Pione Sisto managed only to find one consolation goal late in the match for the Danish side.

It is clear that Benfica are a much stronger team at the moment and they are heavy favorites going into this second leg.

After all, Benfica made it to the quarterfinal of the elite continental competition last season, surviving the group with the likes of Bayern Munich and Barcelona in the process.

Also, the Portuguese outfit eliminated one of the dark horse favorites Ajax in the last 16 round of the competition before being stopped by latter finalists Liverpool.

The Portuguese heavyweights are playing Joga Bonito under German manager Roger Schmidt. They are scoring goals for fun at the moment.

Schmidt’s troops have thus notched at least three goals in each of the previous five matches. They have won all five pre-season exhibitions despite facing the likes of Nice, Fulham, Girona, and Newcastle in the process.

On the other side, Midtjylland barely went past Cypriot side AEK Larnaca in the second qualifying round, eliminating them only after penalties, following two separate 1-1 draws.

The Danes started the new Superliga campaign with a win, a draw, and a defeat in the opening three rounds.

The difference in quality between these two teams is enormous at the moment. Benfica have a new gem in the final third in the like of Goncalo Ramos who could be sold for more than €100 million if he continues performing like this.

Ramos bagged a hat-trick in the 4-1-win last Tuesday. We will go with Benfica’s win as the main pick at the 1.72 odds, while you can hardly make a mistake backing the Over 2.5 goals FT bet at the same odds. 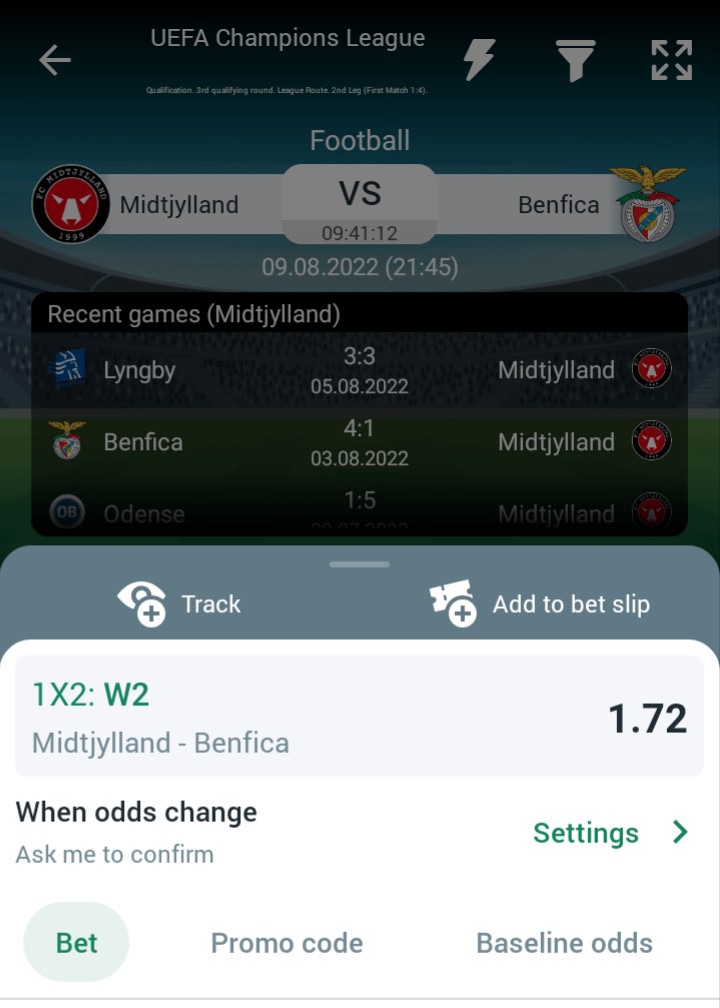