Swansea City will be looking to build upon the narrow win at Blackpool when they welcome Millwall on Tuesday night.

The Swans had an ordinary start to the season as they failed to win the opening two league games. The exit from League Cup against lower division Oxford City followed.

And everything was looking dull at the Welsh coast, Russel Martin’s men produced a professional display to bag their first win of the campaign at Blackpool.

Millwall on the other hand will be happy with the start they made to the new season. Back-to-back home wins against Stoke and Coventry gave them six points and they sit at fourth in the table, three points behind surprise leaders Blackburn.

This fixture will be a real test for Gary Rowett with his team currently on a seven match winless run away from home. They were 17th in away form last season and scored less than a goal per game.

Both teams have everything to play for in this fixture despite being in the early days of the season. The Swans will be looking to make amends to points dropped during the first two games of the season. 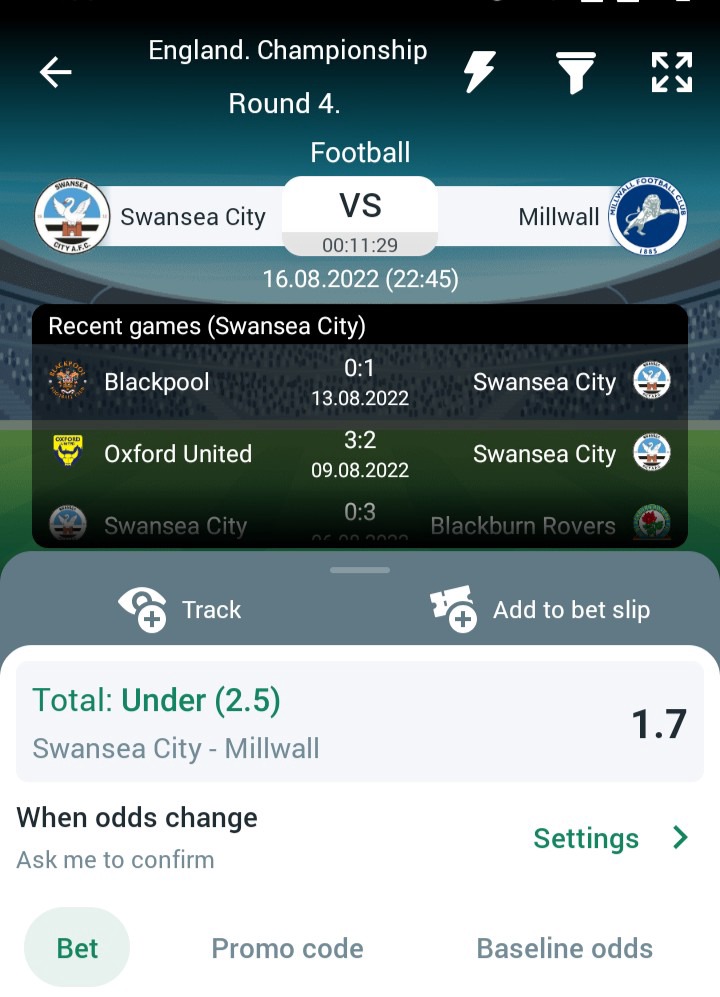 Swansea are unbeaten in the last five h2h meetings with Millwall, 3 wins and draws.

The corresponding fixture of last season was a goal-less draw with the reverse fixture resulting in a 1-0 win for the team from Wales.

Under 2.5 goals landed in six of their recent seven meetings.

We will take the under 2.5 goals priced at 1.60 odd as the top pick with 6 of the last 7 overall as well as 5 of the last 6 head-to-head meetings at this ground registering the same.

Considering Millwall’s struggle to pick points and score goals away from home give us some confidence to take a shot at the home win for sky high 2.40 odd.

I'd Give Ofori-Atta Some Wiggle Room - Joe Jackson