Sheffield United were one of the best teams in the Championship the last season and they even had secured an entry into the play offs. Meanwhile Sunderland were not even part of the second division during the course of the previous season. 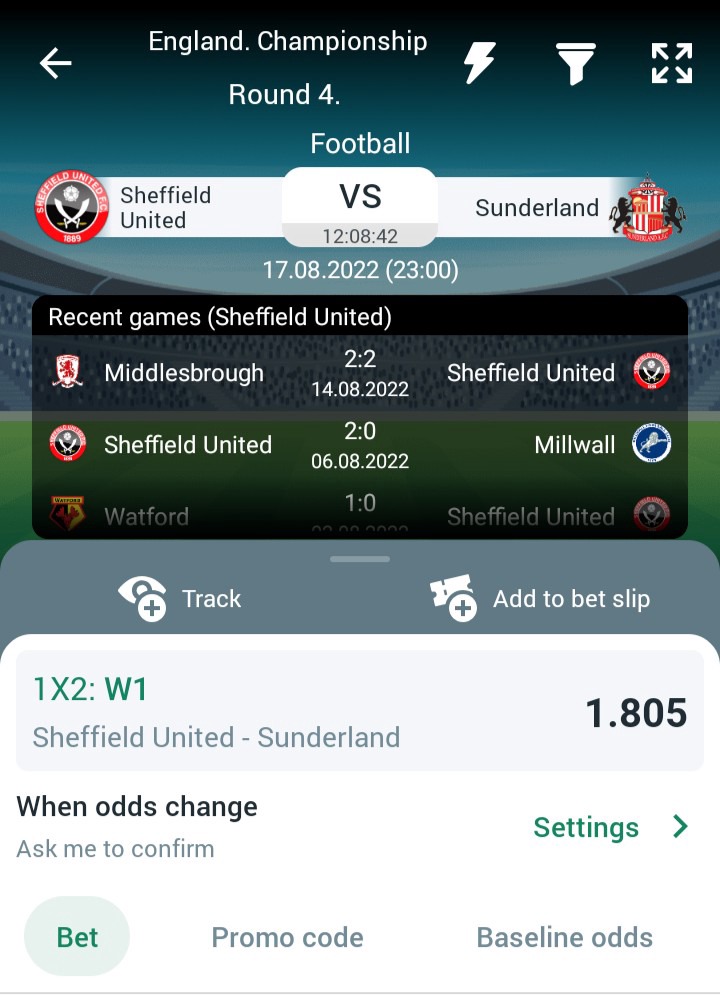 They were plying their trade in the 3rd tier of English football hierarchy, the League One. At the end of the season, they had managed to secure a 5th place finish and after that they had to go through the play offs in order to secure promotion to the Championship.

They were not even the best team in the League One the last season and now they will be pitted against one of the very best teams in the second division.

Moreover, their recent form has also been totally poor and they have been letting in goals in huge numbers as well.

Meanwhile Sheffield had to bow out of the playoffs after a tense penalty shootout and that too against eventual winners Nottingham Forest.

It certainly was a costly miss for them and they will be determined to make amends this time around.

Their experience and their head-to-head dominance over this opponent tip the scales in their favour this Wednesday. Count on them to post the 3 points on the board.

Sheffield were unbeaten in 25 of their past 35 overall fixtures and in the process they had gone on separate 4-fixture as well as 3-game winning streaks.

Do also note that they were unbeaten in 15 of their past 17 appearances in front of their home crowd and in the process, they had gone on two separate 3-game winning streaks as well as 2 separate two-match winning stretches.

On the other hand, Sunderland were winless in 5 of their past 6 overall games and they had registered a total of just 7 wins away from home in the past 10 months.

Considering these observations, as well as the experience of Sunderland, expect a victory for Sheffield United this Wednesday.

Tips for Sheffield United vs Sunderland